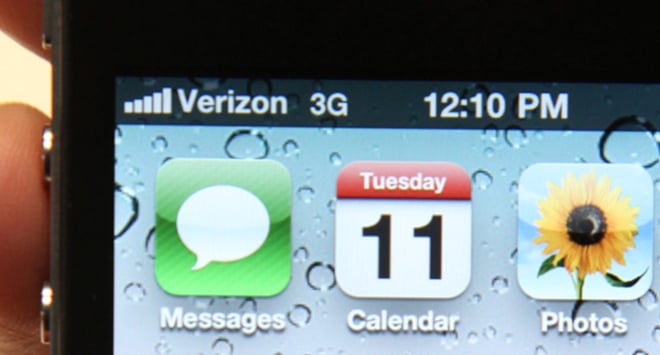 In a a recent survey of 700 Verizon smartphone owners by uSamp, 54% of those currently owning either a BlackBerry or an Android phone said they were at least “somewhat likely” to switch to an iPhone 4 next week. 25% were “very likely”. BlackBerry users were more likely to make the switch, with 66% claiming that would, versus 44% of Android users. The number skyrockets to 71% if you’re just looking at Android and BlackBerry users aged 18-24. There’s also the 26% of AT&T customers surveyed who said they would be jumping to Verizon on iPhone 4 launch day, despite AT&T’s confidence about losing exclusivity.

While none of that is a hard and fast indication that half of respondents will actually make the jump, it certainly gives us an indication of how much anticipation around the Verizon iPhone has been built up. Verizon is already have trouble keeping stock up, and they were only taking pre-orders. Although the justification for such a switch varies from person-to-person, the one definitive leg-up that the iPhone has over any BlackBerry or Android phone is app selection.

Google and RIM are both working hard to provide more developer incentives, like through in-app purchases, but even if they somehow managed to match the App Store’s variety, Verizon has been championing both of those platforms for a long time; it’s no surprise that at least some of their customers are looking for a change of pace. Regardless of how Android or BlackBerry perform in the U.S., they’re both still doing fine worldwide. Android outsold Symbian in the last quarter of 2010, and RIM is still outselling iPhone in the U.K..