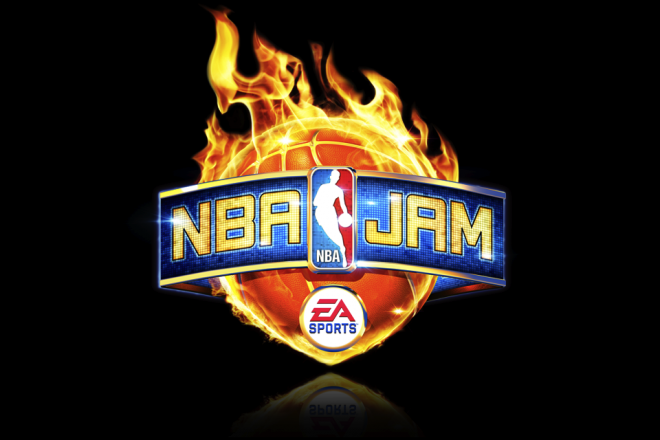 Ever since Arch Rivals was released in 1989, I have loved the arcade basketball genre, especially when you can beat the crap out of the opponent and not get called for a foul. NBA Jam took its influence from Arch Rivals when it was released by Midway in 1993, but it was different in that it had fully licensed the basketball teams in the game. That made the gameplay experience that much better since it really felt like you were playing as those teams’ star players.

NBA Jam recently made a triumphant return thanks to EA Sports, and now thanks to EA Mobile, the NBA Jam experience can be taken with you while your on the go with your iPhone. But how exactly did EA Mobile do in bringing the fast-paced, arcade style basketball gameplay experience to the iPhone? Very, very well. 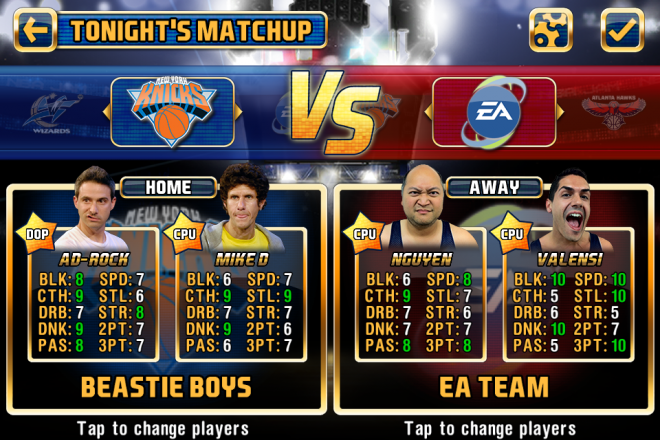 NBA Jam for the iPhone comes with everything you’d expect from the console version of the game. Over 30 NBA teams are all represented in the game with their roster of star players and one or two bonus unlock able characters depending on the team. Some teams have all time greats to unlock such as Larry Bird, Magic Johnson, or Scotty Pippen (sorry, no Michael Jordan here). Other teams who might not have an all time great in their past roster will be able to unlock their team’s mascot to finally get their chance at playing some basketball with the big boys. Unlocking these additional players can be done by completing a number of the game’s challenges, which can be viewed in the “Challenges” menu. Not only can you unlock players, but tweaks to the game, such as big head mode or replacing the basketball with a bowling ball, can also be unlocked by completing challenges. The game has a ton of cool unlockables which will keep any NBA Jam fan busy for days if you decide you want to complete all of them.

The game modes included for NBA Jam are the Play Now and Classic Campaign modes. The Play Now mode allows you to pick a team, your opponent, and play a game instantly. Classic campaign lets players take a single team through 37 games in order to become the champions. You’ll not only play against NBA teams, but you’ll also take on some secret teams later in the campaign. Both of these modes can be quit and returned to, which is certainly good news if you can only dedicate a couple of minutes to NBA Jam at a time. You can also brush up on your NBA Jam skills in the Jam Camp mode, which takes you through the basics of playing NBA Jam. One thing I’m disappointed didn’t make it in the game was some kind of multiplayer mode. What’s an NBA Jam game without taking on another player and then dumping some hot coffee in their lap when they beat you? Seeing how many EA Mobile games have included a multiplayer component, I was very surprised that NBA Jam didn’t come with one. Although keep in mind that this is the land of iOS and they can certainly update the game with a multiplayer mode in the future, but I feel this game deserved one from the get-go. 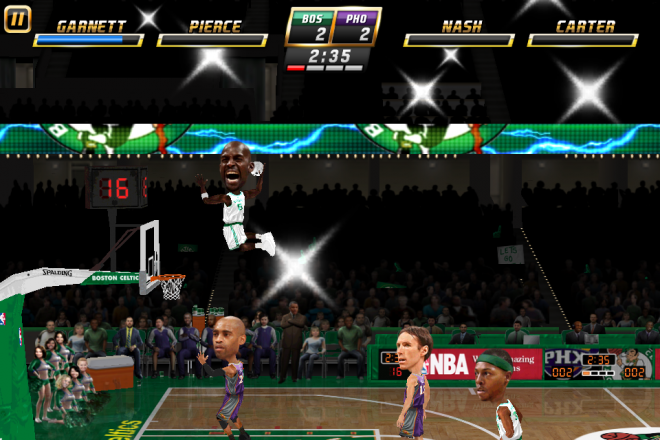 The controls for NBA Jam are spot on as it offers two forms of controls: Arcade and Gesture. Arcade controls place a navigation stick on the bottom right of the screen and the shoot / jump, pass / steal, and turbo buttons on the bottom right that’ll change depending on the condition. Gesture controls allows you to use any part of the left screen to navigate and the right part of the screen to issue a shoot / jump, pass / steal, and turbo command depending on how you interact with the screen. For example: In order to issue a shoot command, you just have to place your thumb on the right side of the screen and swipe upwards. I found both control schemes to have its pros and cons, but I started to favor the gesture controls once I got the hang of them.

What’s an NBA Jam game without an over-energized announcer yelling his play-by-play? I’m happy to report that the announcer is in fact in the game and he’s spot on with his performance. Every shot, steal, and dunk will receive a reaction from the announcer. Not only will he announce the player’s names, but he’ll also say the shortened versions of their names too. I know this doesn’t seem like a big deal, but when you consider that this game is on the iPhone, I’m surprised EA Mobile was able to fit all of his reactions to every move in the game as well as the players into the game. 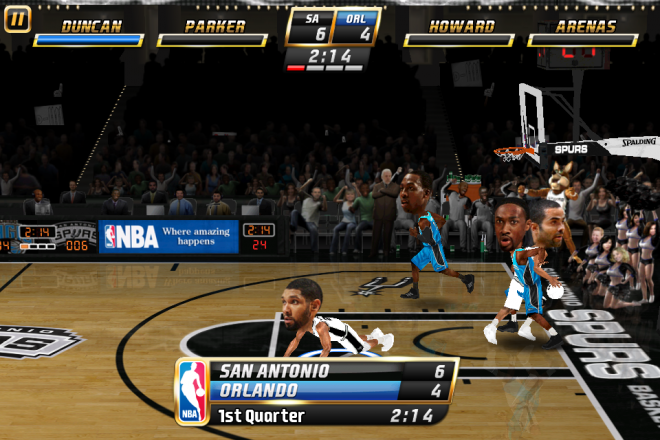 All of the players, their courts, and visual effects look stunning on the iPhone 4’s Retina Display. Each player wears their uniform how they usually do in a real game, such as headbands, high socks, or arm guards. Their heads, body type, and hair are all accurately represented, even their dunk faces. All of the courts have a nice gloss to them and reflect the action that’s taking place. The game just looks absolutely amazing.

FINAL THOUGHT: NBA Jam is an amazing game on the iPhone. It performs flawlessly in every way, although I was disappointed a multiplayer mode wasn’t included. I don’t know what kind of wizardry EA Mobile did to fit all of this goodness onto the iPhone, but I commend them for successfully delivering an accurate NBA Jam experience.

Skype has once again updated its iPhone app to allow users to video-call their buddies on Skype-compatible TVs. Unfortunately that...