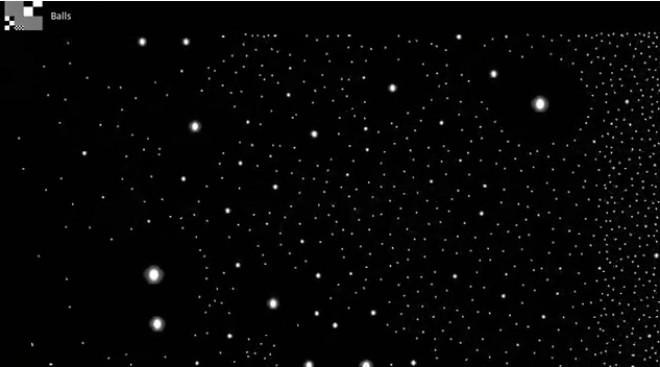 When Google gave the world an in-depth look at Android Honeycomb, it announced some exciting new tools for developers. One of these tools is a new graphics engine called Renderscript and the search giant just detailed what this will mean for developers in a blog post.

The demo video demonstrated is a series of balls bouncing around, which may not be the most exciting way of showing off Renderscript’s power, but it does give you a sense of just how many individual operations it can handle at the same time. The video is a simple physic simulation of about 900 balls and, as you can see, it runs rather well. This video was taken from an Android tablet that was connected through a HDMI and we can only assume that the tablet is the Motorola Xoom, as it’s really the only Honeycomb tablet that’s close to launching.

The video below is short and sweet and it barely touches on the great things that will come from Renderscript. The new YouTube and Google Books apps for Honeycomb were made using the engine and we definitely love the new 3D carousal look to them. Once the full Android 3.0 Honeycomb SDK is released, we’ll be seeing all sorts of great apps coming our way – and let’s not even get started about when the source code is released for 3.0.

As we patiently await the Xoom’s official debut on Verizon, we’re glad that Google is keeping us somewhat occupied by releasing videos like this. The Xoom isn’t far away, so we suggest taking a look at our hands-on with the thing to tide you over after you are sick of the video below.