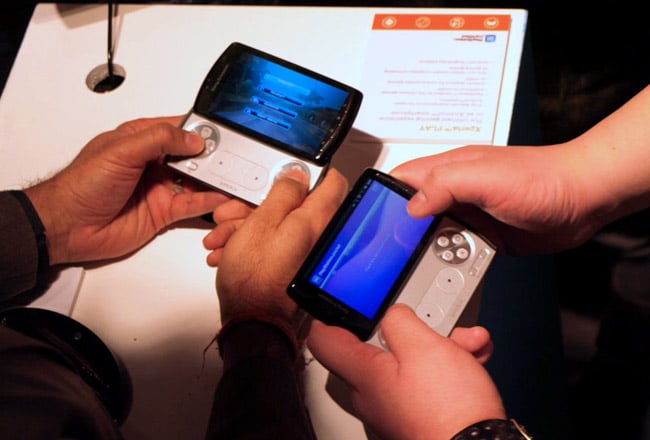 The long–rumored PlayStation phone has been officially announced and I had a pleasure to “meet” it for few brief moments. I’m not an avid gamer but I can tell this thing rocks. I never liked on-screen controls as they took precious screen estate often hiding bits of the game. Heck even if you they are transparent, your fingers made parts of the screen invisible. That’s not the case with the Sony Ericsson Xperia PLAY – you’ll be using the familiar console keys to enjoy gaming on-the-go.

The Android 2.3 Gingerbread-powered device feels rock solid, responsive (Qualcomm’s optimized Snapdragon processor with a 1Ghz CPU is coupled with embedded Adreno GPU graphics processor) and the 4-inch screen with Bravia technology is awesome. On the other hand, such a large display makes the device a bit bulky — it measures 119x62x16 mm and weighs 175 grams — but I guess something’s gotta give. Speaking of “something’s gotta give,” the PLAY’s camera counts “only” 5 megapixels, which is kinda strange when you compare it to the Xperia neo for instance.

It’s important to note that it’s not just a phone Sony Ericsson announced – rather, they talked about the whole eco-system which will/should produce a number of games optimized for the PLAY and other PlayStation-certified devices, presuming there will be more of them in the time to come.

Unfortunately, I haven’t been able to play a single game, but the demos showcased at the press conference look promising. Making the screen clear of virtual controls does matter for “serious” mobile gamers out there. And now some photos…

You could simply think of the newly announced Sony Ericsson Xperia pro as the neo with a keyboard. The specs...