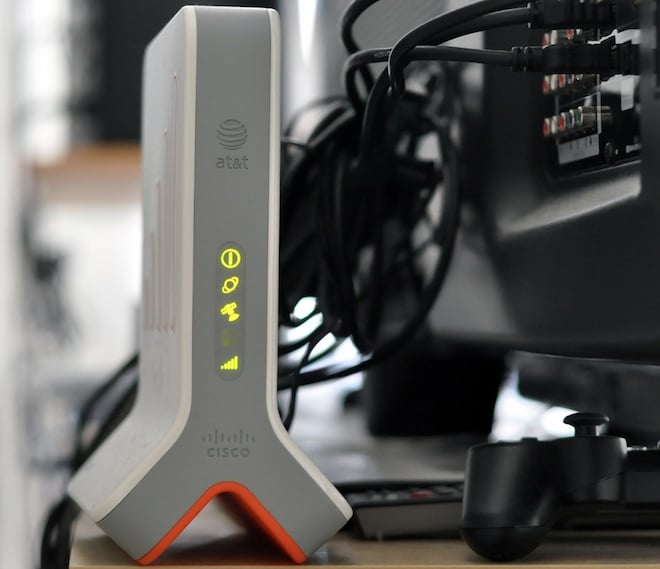 Femtocells are awesome … on paper. You get this little box, connect it to your wired broadband connection, and now you’ve got a little base station in your home giving you a strong signal where you might not have otherwise had any. Telstra Chief Technology Officer Hugh Bradlow on the other hand says: “Femtocells — I usually classify these in the dumb-idea-of-the-week category. I struggle to see the benefit.” Later adding that femtocells are “an admission of defeat” by operators. We see his point. If you’re an operator and you offer customers a box that’s meant to fix a problem that shouldn’t be there in the first place, you really are sticking yourself in a corner. Personally, it’s all about the business model for me. Operators like AT&T, Sprint, and T-Mobile offer femtocells and have the nerve to charge you not only an upfront fee, but also an additional monthly charge. With every operator screaming about how their networks are being pushed to the limit, you’d think they’d be handing out femtos like candy so people can use them instead of killing the base station near their home.

Speaking about capacity, Telstra was one of, if not the, first operators to launch a 42 Mbps HSPA+ network. Hugh says that they’ve been testing LTE and that it offers an improvement of 30% to 60% in capacity, but he’d rather have more spectrum. Again, that makes sense since LTE infrastructure is so new that it’s going to be expensive compared to what’s already on the market. He also believes that traffic management and enabling quality of service features are going to be critically important going forward, but that’s just another way of saying “net neutrality is lame, we want to give some services a faster pipe than others”.

All we know is this, customers are willing to give up speed for coverage. No matter how quick your download speeds are, if you have to stand in the corner of your apartment, wearing your lucky socks, and have a spoon in your left pocket, just to watch 1080p YouTube videos, then there’s a problem.