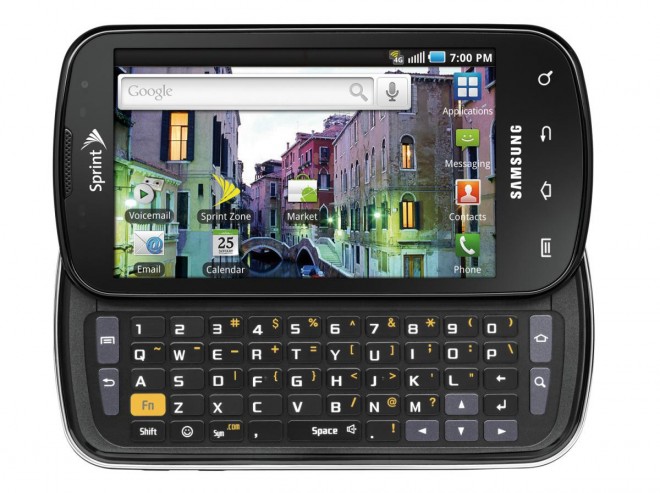 If you’re holding onto an Epic 4G, then you’ll be happy to hear thatAndroid 2.2 Froyo is on its way. Sprint’ kicking off President’s day (21st) with an over the air update that will be sent in batches, with all devices having access to the update by the 25th.

It may be outdated at this point, but Froyo is a significant upgrade from Android 2.1 Eclair. Now your Epic 4G will get a speed boost from the JIT compiler, Adobe Flash support, give you the option to store your applications on your microSD card, and more. It’s been a long time coming, and we don’t even want to think of how long it will take before the handset will receive Gingerbread, but we’re just glad the Epic is getting some sort of update.

We’re also hearing that the Sanyo Zio will also be receiving the Android 2.2 Froyo update on the 21st as well. The Zio won’t be seeing Flash support, as its Qualcomm MSM7627 is only ARM6, where Flash needs an ARM7 CPU.

Nonetheless, the upgrade to 2.2 for this handset should definitely get some people excited. We’d be surprised if this handset received the Android 2.3 update, but we wouldn’t go as far to say that it definitely won’t. What’s really surprising is how soon the handset will be receiving an update, as it was just launched in October of last year. Four months may be a while to wait for an update, but it beats the Epic’s almost 7-month wait.

Here’s to Sprint getting these updates out, as there have likely been a good chunk of users with some languishing faith. Keep in mind that you may not receive the updates on the 21st, and if that’s the case, find something to do until the 25th. Try Pew Pew from the Android Market to kill some time.

You didn't think the Nook Color would be having all the fun did you? The Honeycomb SDK preview has been...