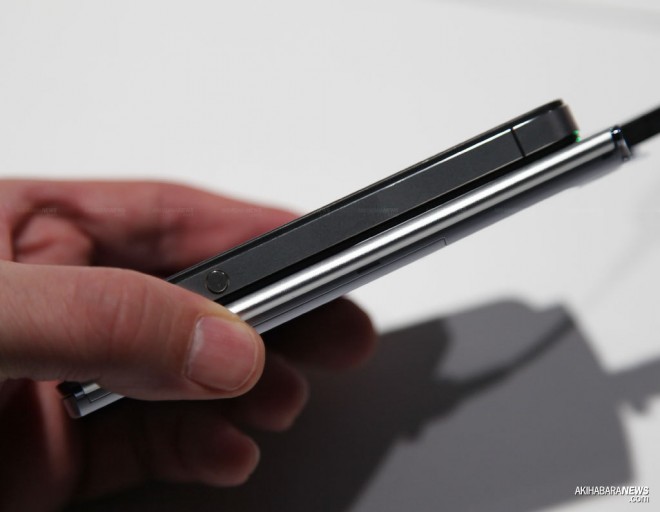 NTT DoCoMo and NEC recently announced the Medias N-04C in Japan, which is a mere 7.7 mm thick and weighs only 105 G. As you can see, when lined up next to it, the N-04C makes the 9.3 mm-thick iPhone 4 look like it needs to lay off the donuts. That wasn’t the only thing that NTT DoCoMo was showing off today, though – they also announced the Sony Ericsson Xperia Arc would be launching March 24, and the LG Optimus Pad around the same time. Even the Arc fails to compete with NEC’s handset, clocking in at 8.7 mm thick.

To be fair, there comes a point where the thinness of a phone becomes a little ridiculous; personally, I don’t mind having something with a bit of chunk to it for both a sense of solidity and better fit in the hand. Still, the fashion-conscious will opt for the slim and sexy first and foremost, and it’s hard to argue with the angle which worked pretty damned well for the Razr back in the day.

A member of Android forums claimed to be at a Verizon VIP event that was showcasing the HTC Thunderbolt. The...