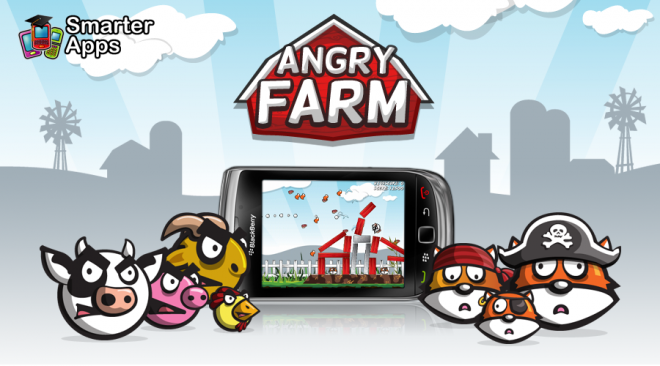 If you thought this was how Angry Birds would look like if it ever made the leap to BlackBerry, guess again. Smarter Apps has released an unabashed knock-off called Angry Farm, where, like the original, you aim and slingshot various animals at precariously-constructed buildings in an effort to collapse everything on top of the hapless victims inside. Each farm animal behaves differently when being flung through the air, so you have to aim appropriately depending on whose turn it is. There are 30 levels all told, and I imagine there will be in-app purchases for more levels down the line.

On iPhone, Android, and soon Windows Phone, the original Angry Birds has become a mobile gaming phenomenon, spawning numerous seasonal spin-offs. Personally, I don’t get the fad – the screen is too small to offer any real variability in slingshot strength, the physics of the destroyed buildings are so soft and slow that it’s hard to feel really satisfying, and the gameplay in the video below looks really choppy. But hey, I’m a gaming snob like that. I can appreciate the humour in “when pigs fly”, in any case. You can find Angry Farm in the BlackBerry App World for $4.99.

For those Angry Birds fans out there, I submit to you a likeability chart of each bird, courtesy of The Oatmeal. 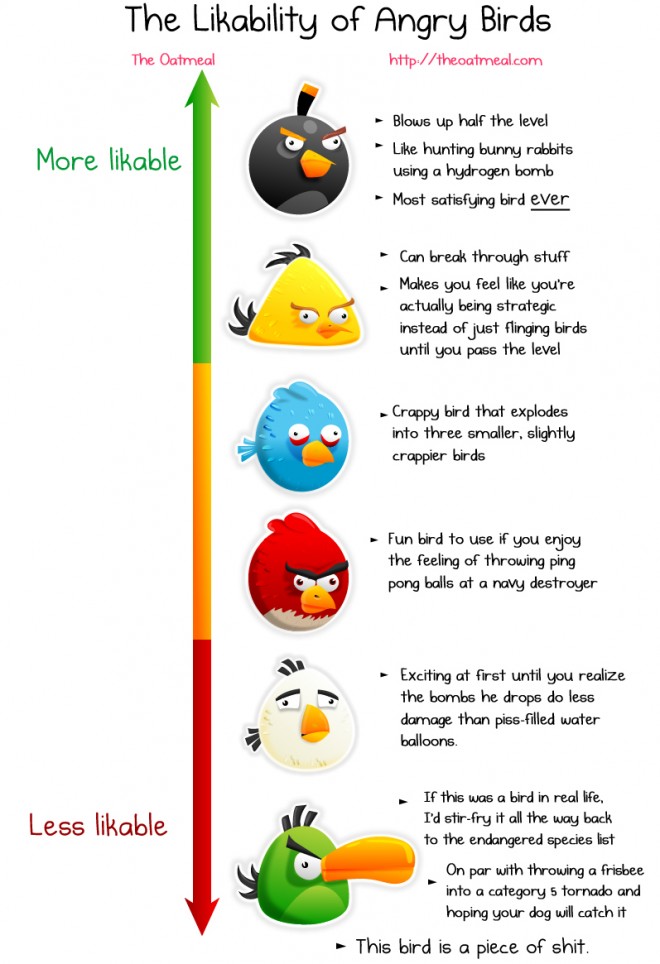 ShopSavvy, a price comparison app, has detected that their Android app has been used in Waterloo, Ontario (presumably by someone...