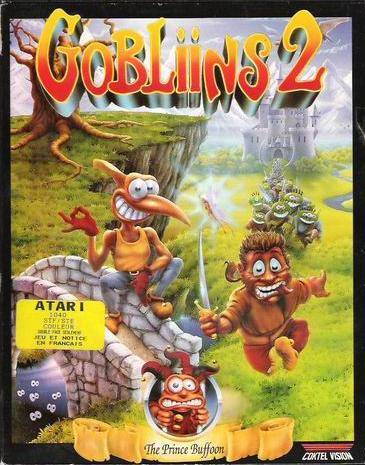 Now that the original Gobliiins game is in the AppStore, BulkyPix is following-up with the sequel, which is set to be released at some point March – don’t ask for the exact date, cause we don’t have it.

In Gobliins 2 (two “i”s instead of three), the King’s son, the Prince Buffoon, has been kidnapped by the evil Amoniak. Two talented goblins volunteer to take of this grave task – FINGUS is a serious, polite and careful little fellow; while WINKLE is an oddball and a joker, cheeky and reckless. They go seeking Tazaar’s help in order to find the Prince and it’s your job to help them on their way.

The game keeps its point & click charm with lots of logical and illogical puzzles included along the way. Each puzzle must be solved before you can progress to the next level. Although these take up only a single screen, puzzles are filled with all sorts of traps, which you complete using both of the goblins’ special skills.

Expect iPhone-friendly controls, hints to help you get through the game, old-school music and sound effects and more. In a nutshell, you’ll want to grab Gobliins 2 the second it hits the AppStore. 😉

Good news for the iPad-ownin' Yahoo! Finance fans. The Internet company (I can't really call it the "search company" anymore)...