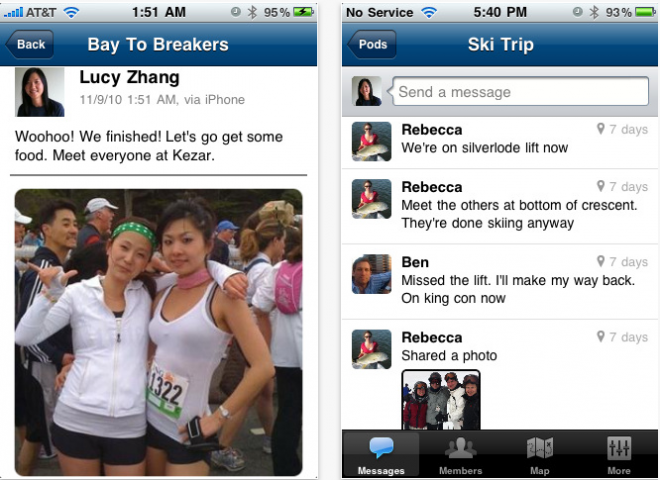 It looks like we can look forward to the Facebook apps getting some stronger messaging capabilities, as the world’s largest social network has just acquired the group chatting app Beluga.

If you’re not familiar with the app, it lets you set up “pods” for creating a BBM-like service for group messaging and chatting. It doesn’t use your text messages as it works over data and it enables everyone in the pod to see all the messages that have been sent before. According to the messaging company’s blog:

Since launching Beluga, we’ve appreciated all the enthusiasm and positive feedback from our users. We’re excited to continue to build our vision for mobile group messaging as part of the Facebook team. Beluga and Facebook are committed to create new and better ways to communicate and share group experiences.

For now, Beluga will continue to function as it does today. Your Beluga account and data will not be lost. We’ll be providing more details on future plans for Beluga in the coming weeks. Stay tuned!

Facebook said it will continue to run the service for now but I think we can expect it to go bye-bye as a standalone service as its features are rolled into the Facebook apps. That sucks for people already using it but – let’s be honest – the user base is nowhere near what the user base is of the world’s largest social network.

I would think it would make perfect sense to integrate the group messaging services into the Facebook Groups feature which has hit the iPhone and Android versions of the apps. We already have the chatting feature but this could take it to another level for people who love to stay connected with friends via this social network.

During our first look at Beluga, Stefan wondered if Facebook could just roll out this feature and kill this service. Well, he sort of got it right.

Analysts are estimating that Verizon sold 1 million iPhone 4 units on its opening weekend, following up on commetary Verizon's...