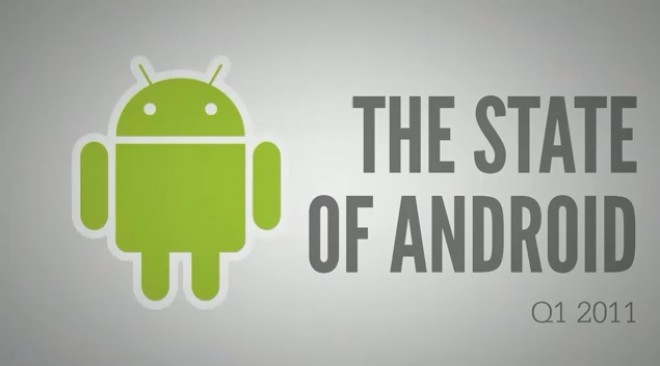 Looks like the Android Developers video of handset activations wasn’t enough for the fine folks who’ve created this latest video, which puts the rate of Android activations into perspective. The video is a bit more animated, and throws some interesting “ifs” into play. Plus this one has music.

The video outlines past, existing, and potential future effects of the fast-growing OS, even if they will never come to fruition. However, there are a few sparkly gems in the mix. An example: The current rate of daily Android handset activations is 350,000. If 350,000 people began buying Android devices daily in Greece, the entire country would be using phones powered by Google’s mobile OS in about a month, and if the same happened in California, it would only take 124 days.

Sure, it’s a bit sensationalist, but we definitely admire the effort that was put into the video itself. This way of viewing the OS as a whole is rather interesting, but to put a spin on it, we’re sure we’d see similar results if the same was done for iOS devices. Maybe at a different rate, but there’s obviously a one-sided view that seems to make it impossible for any other platform to achieve such things. Nonetheless, Android has really just emerged in tablets, and once manufacturers can knock down their price points, we’d like to revisit these factoids.

What’s even more interesting is that the numbers aren’t even officially correct, as Google only counts Android devices that ship with Google services. That said, the products that don’t have Google apps usually aren’t worth your time or money. Either way, we’d like to see what the number looks like when you take into account any and all devices running Android OS.

The little green robot is infiltrating everywhere now days, and it’ll be interesting to see how the OS is used in different areas as it evolves as a whole. From microwaves to Military ops, Android is slutting around in the most interesting of ways.

When Motorola and AT&T announced the Atrix 4G during CES 2011, they touted it as the most technologically advanced smartphone...