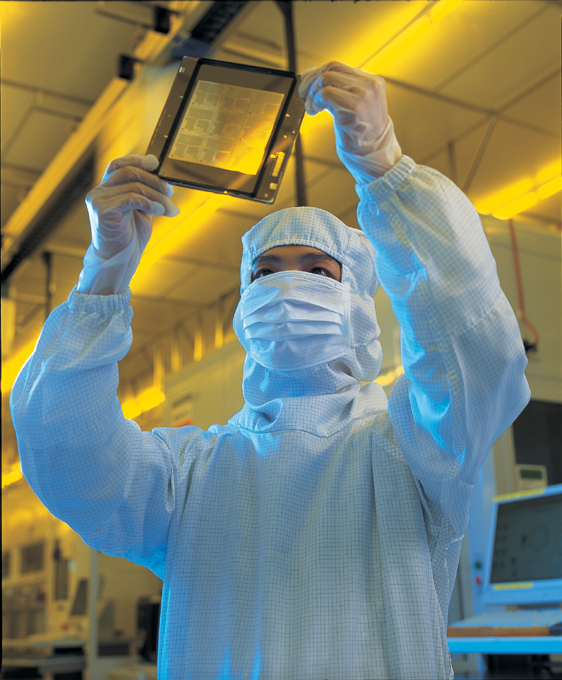 If you use an iPad, iPod touch, iPhone, or Apple TV, then chances are that the processor inside is what the marketing machine in Cupertino likes to call the “A4”. In reality it’s something that’s been designed by Samsung, tweaked by Apple, and then built by Samsung for Apple to use in their products. Considering Samsung is the second largest mobile phone vendor in terms of units shipped, and that they’re starting to enter the tablet space, Apple is looking at breaking their ties with the South Korean firm when it comes to building the heart of their products. Rumors are coming out of Asia that Apple is going to partner up with TSMC (Taiwan Semiconductor Manufacturing Company) to build their A5 processor. It’s going to be based on a 40 nanometer process and cooperation is already taking place on a 28 nanometer part. If you’ve been wondering how Apple can keep on increasing the performance of their devices while also not sacrificing battery life, then there’s your answer: the chips are shrinking, therefore they need less power.

Samsung’s latest flagship, the Galaxy S II, will come in two versions. One with a Samsung made chip, the other with an NVIDIA Tegra 2. The reason for this is because Samsung is having trouble pumping out chips out of their factory. If they can’t even make enough to go inside their products, what makes you think they can make enough to satisfy Apple’s exploding demand? This move makes perfect sense and we’re actually surprised that it didn’t happen sooner. Around a year ago Apple purchased a company called Intrinsity. We knew back then that they wanted to get into the chip game. Signing up with a real fab that can achieve real scale was the inevitable next step. Just this week we wrote about LG doing the very same thing. They want to design their own chips instead of relying on others.

Finally we have the official press release from SK Telecom in which it says the iPhone 4 will start selling...