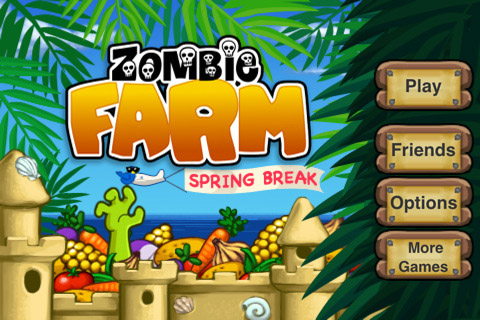 The Playforge’s Zombie Farm has reached 11 million iOS downloads only few weeks after celebrating its first anniversary on the AppStore. During that year, the game has seen phenomenal levels of player engagement with over 6,800 years of game time logged since February 2010!

And that’s not all – more and more people are joining the wave as the number of daily active players reached an all-time high in January.

According to Flurry’s industry benchmarks, the average user retention for iOS games after one month is 19% and trails to less than 5% after 90 days. The Playforge is all proud to announce their baby more than doubles that benchmark, having retained 40% of players after one month and more than 10% of the users who started playing a full year ago!

Likewise, Zombie Farm has also proven to be twice as addictive as the industry average. At an average of 3.6 sessions per day over the last two months, players doubled the Flurry benchmark of 1.8 daily game sessions. Impressive, don’t you think?

A company called Next Gen Games is out with its first iOS game, Ball Busters, which promises to deliver a...