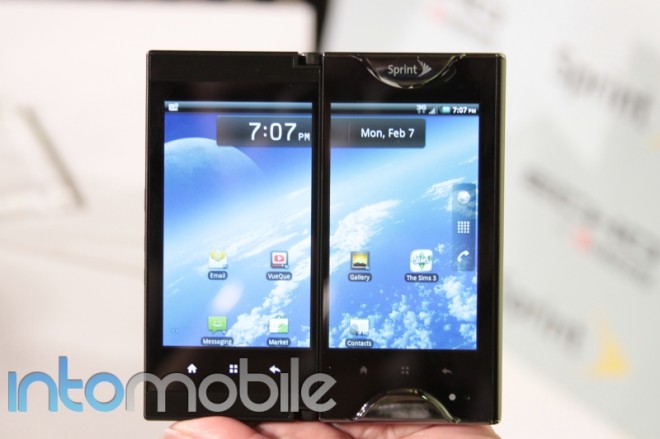 At the Sprint event in Februry, Sprint compared the Kyocera Echo to giving a tablet-like experience. What do you do when you want a bigger screen, but your smartphone isn’t enough? Get a tablet! But what if a tablet is too big and cumbersome? Boom. Dual-screen device.

But if the thought of having two screens with which to play, rather than one boring ol’ screen, entices you, it’ll set you back $199 with a two-year contract with Sprint. You can pre-order the device on March 26.

For more details on the Echo and how you can get one, see the press release on the following page.

The end is near. The end of waiting for the HTC Thunderbolt to arrive, that is. Apparently, those who had...