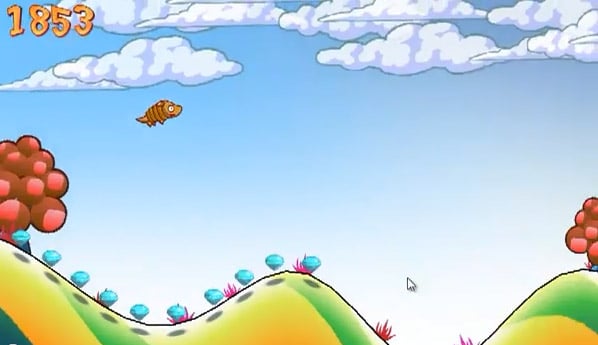 If you own an iOS-powered device, you *must* try out Tiny Wings, the casual game that pushed Angry Birds to the second spot in the AppStore’s top games list. Unsurprisingly — like that was the case with Cut the Rope — it will get the “clone treatment” on Android. And we don’t blame the developer behind this “project” for taking this route. After all, Tiny Wings creator Andreas Illiger said the Android version of the popular game won’t be released any time soon, and we know the (potential) demand is out there.

The upcoming game, called Dillo Hills, is described simply as “Tiny Wings, but on Android,” featuring the same island-based layout, controls and similar pastel colors. There are also few differences included, as well. Instead of controlling a bird, you will be able to choose your character, with armadillo being one of them. Some “new inspirations and features” are also promised, though we’re not sure what those will include.