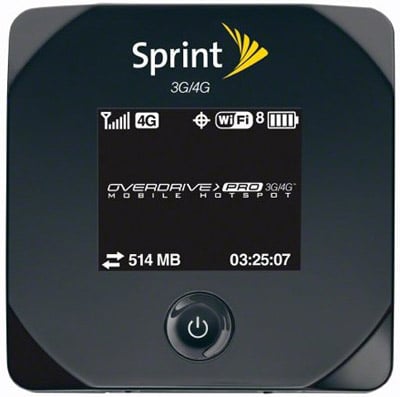 Sprint and its partner Sierra Wireless announced the upcoming availability of Overdrive Pro 3G/4G Mobile Hotspot, which is the second generation of the popular Overdrive device that allows users to connect their WiFi-enabled devices to Sprint’s 3G and 4G networks.

You gotta be wondering, how’s this better than the original Overdrive? Well…

Beginning March 20th, the Overdrive Pro 3G/4G Mobile Hotspot will be available for $49.99 (excluding taxes) after a $50 mail-in-rebate with a two-year Mobile Broadband Plan…

HTC Arrive available for pre-order on Amazon for $149.99!

After the Thunderbolt, another HTC device is getting the "pre-order treatment" on Amazon. It's the HTC Arrive, which as you...