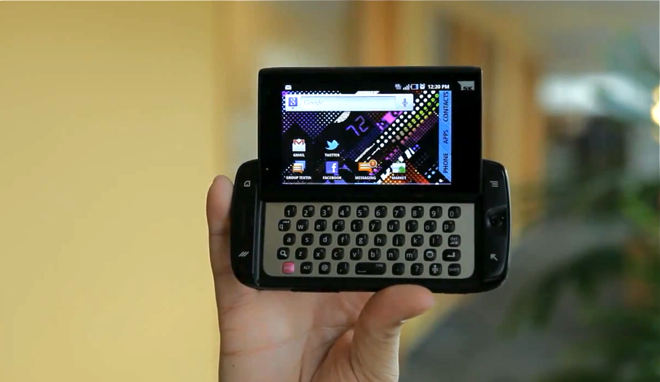 The Sidekick 4G is bringing back the style of a T-Mobile classic, but this time it’s running Google’s mobile operating system — Android. So for Android lovers out there, you’ll have another device in your family that revives a handset that had cult-like status just a few years ago. And for previous Sidekick owners, you probably couldn’t be more excited.

T-Mobile has decided to show off a bit of what the device can do, its style and the different colors available for it as well as why it’s still a Sidekick. (Call me a snotty purist, but I’m still having a hard time thinking of it as a Sidekick even though it looks exactly like the ones from days of yore.) T-Mobile says it’s all about the design, the landscape-focused orientation and the five-row keyboard — that’s what makes a Sidekick. For some of you, it might be the design, Sharp or Motorola as a manufacturer and the fickle and unreliable – some like to call it “personality” – Danger, Inc. servers.

On the bright side, the new device will also support tethering and mobile hotspot capabilities if you want to connect other devices to the Internet via T-Mobile’s 4G HSPA+ network.

We see that the Sidekick 4G now has the multiple screens and access to tens of thousands of apps thanks to the Android operating system and its app market. This is definitely a bonus — remember the Sidekick LX and how you had to buy an alarm clock because one wasn’t built in?! The issues that plagued the old Danger devices should be gone, too, like server outages which would temporarily render your device useless, or permanent data crashes that would effectively turn your phone into a paperweight.

Now you get all the goods that you’d expect from the Android platform, as well as access to T-Mobile’s ever growing HSPA+ 4G network.

Anxious to see more? Check out the video below.