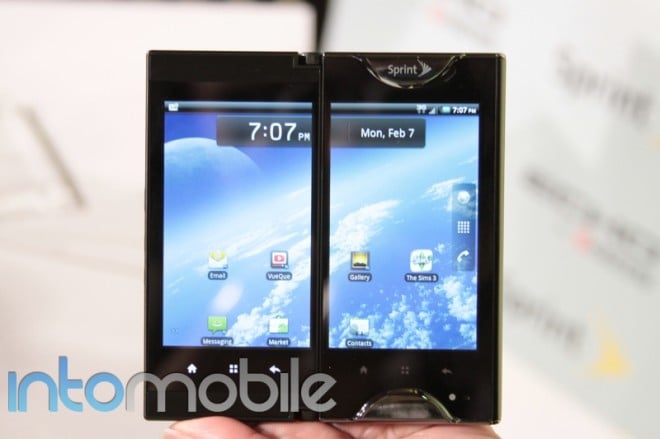 Sprint and Kyocera announced the dual-screen Android Echo smartphone last month, and now the manufacturer is launching a developer program to help and entice developers to build apps for the new form factor.

Sprint touted the Kyocera Echo as an industry first, and indeed it is the first and only Android device so far to feature two identically sized displays. The Echo will come with a few applications that are optimized or designed specifically for dual-screen use, such as YouTube where videos play on one screen while you can queue and search videos on the other.

However, Kyocera is taking things a step further by launching an Android developer program specifically for the Echo. Developers will have access to a software developers kit along with other materials that will help them create and optimized applications that can be used on the dual-screen Echo.

Kyocera already has received strong support from many well-known members of the Android developer community. The developers are creating and/or optimizing applications and features spanning across multiple popular categories including gaming, social networking, location-based services (LBS), mobile entertainment and productivity.

While the Echo naturally supports all the apps available in the Android Market, Kyocera is hoping that developers will start building apps designed specifically for the dual-screen form factor.

The Echo is definitely an interesting device, though not one I’m sure I’d ever find myself using. There are a number of things one would have to sacrifice, namely size and weight, when sporting the dual-screen form factor. But for gaming and watching videos and looking at maps, having the second screen and viewing them as one giant screen definitely helps.

The Kyocera Echo will launch on April 17 for $199 with a two-year contract with Sprint. However, if you really want an Android device on Sprint, I’d hold out for the new WiMax devices in the pipeline.