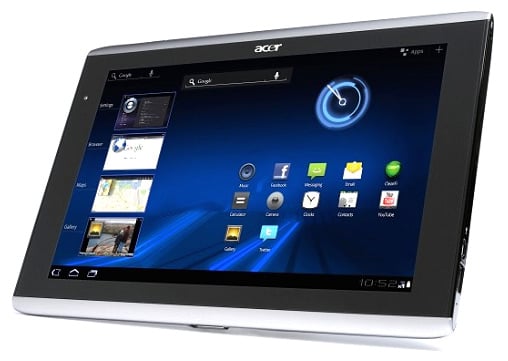 AT&T confirmed it will carry the Android-powered Acer Iconia Tab A501. The tablet device is one of Acer’s first attempts to break into the growing 4G Android tablet market. It features a wide 10-1-inch display and will compete with the Motorola Xoom and the Samsung Galaxy Tab 10.1. Its published set of specs include:

The tablet device will debut in Q2 2011 with pricing and data plans to be announced at launch. Full details are available in the press release on the second page.

Shazam is updating its Android and iOS apps with a new feature called "Shazam Friends" to allow users to discover...