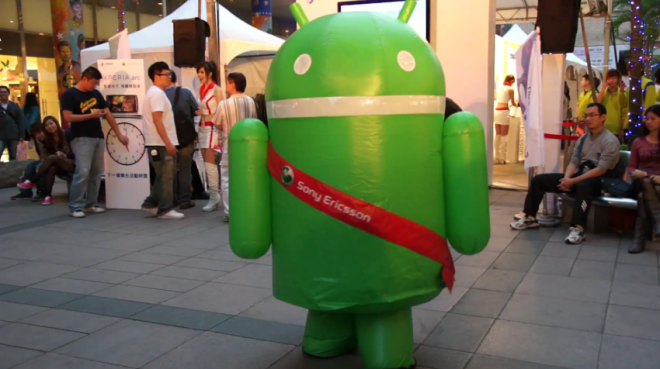 The Android mascot has been known to be quite the wild one. He doesn’t play by the rules as he’s crashed WWDC 2010, crushed a car in the Netherlands, and now he’s been seen in Taiwan near a newly built Sony Xperia Arc cellphone stand dancing like an Android mascot would.

The image above may give you in the impression that the Android mascot is calm, cool, and collected. But once you see the video below, you’ll see that he truly is a party animal. The mobile OS flame war just got a little more intense now that Apple has officially “got served.”

AT&T to carry the Honeycomb-powered Acer Iconia Tab A501

AT&T confirmed it will carry the Android-powered Acer Iconia Tab A501. The tablet device is one of Acer's first attempts...