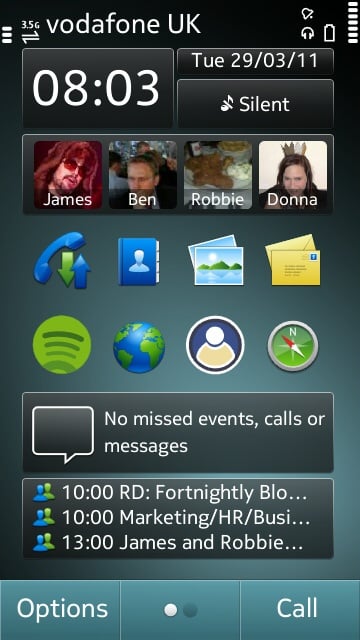 Nokia has been using the same font, Nokia Sans, for as long as any technology journalist can remember. The Finnish firm thought it was a bit long in the tooth, so they came out with “Nokia Pure”. An untold sum of money was spent developing this new typeface, and what makes it slightly interesting is that Finlandia Vodka helped in the design process. Yes, Northern Europeans love their spirits, and you’d have to be drinking heavily to think that switching fonts is going to do anything to your company’s image.

Aapo Bovellan, Studio Nokia’s Director of Brand and Marketing says: “Nokia Pure is a celebration of our Finnish design heritage. We wanted to give it a natural, flowing form, while creating something that is highly functional and neutral. Nokia Pure has a clarity of purpose and as little design as possible. It’s made to celebrate human creativity.” Right, the same human creativity that involves admitting that Finnish engineers can’t make Symbian competitive enough so it’s time to get rid of them and use an operating system that’s yet to prove itself on the market from a company who was once a fierce competitor.

Where is Nokia going to use this font exactly? Windows Phone has tight rules about what sort of tweaks you’re allowed to apply, and a complete replacement of the font library is probably not on that very short list. There’s also the remaining 150 million Symbian devices that will ship over the next two years … but what happens after that? Series 40 will get a nice update, but those devices are for the low and mid end markets, so high resolution screens that can display Nokia Pure in perfect detail with minimal aliasing are probably not be in the pipeline.

This time last year Nokia decided to migrate their product naming scheme from a four digit number to a letter...