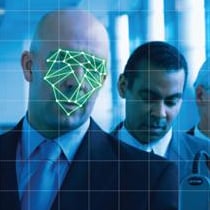 Google is apparently working on a facial recognition app that would pull up personal information (within careful privacy controls, of course). The software has already been used in their Picasa web photo service to tag friends and family in various albums, and may eventually find its way into Goggles to link to Profiles.

Now, this story has seen a bit a of controversy, as Google has denied the project, but the source, CNN, stands by it.

“We are NOT ‘introducing a mobile application’ (as the CNN piece claims) and as we’ve said for over a year, we would NOT add face recognition to any app like Goggles unless there was a strong privacy model in place. A number of items “reported” in the story, such as a potential app connecting phone numbers, email addresses and other information with a person’s face, are purely speculative and are inventions of the reporter.”

“Google’s claims do not fit the facts of the situation. This interview was prearranged – on the record – and staffed by a Google PR rep, who raised no objections at the time and did not deny what the engineer said. Additionally, we have an audio recording of the interview, as does Google. We stand firmly behind Mark’s reporting.”

The privacy concerns are obviously huge, since the target of the facial recognition app may not have much say in the matter, and just have to be prudent about how much personal information they post online. Google has apparently been very cautious about how they approach this product, and may make the whole thing opt-in, so only people who explicitly sign on will be able to be recognized.

Presumably the app would be coming out on Android, but the serach giant is on a lot of platforms, so I could see this just as easily landing on iPhone, BlackBerry and Windows Phone. Even if Google doesn’t do it, third parties like Viewdle offer quick links to social networking updates through facial recognition, but again, that’s all opt-in.

Is this something you guys would be willing to sign on for, or are you worried about your privacy and folks having easy access to your personal information?