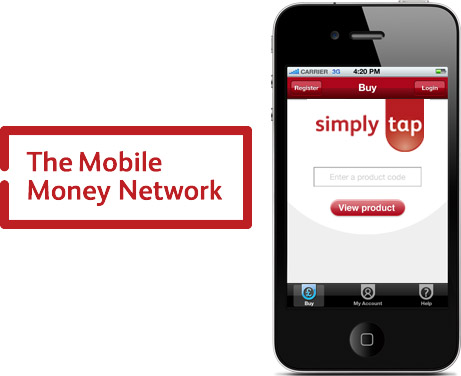 The Mobile Money Network (MMN) is a new UK retail alliance created to push the mobile payments forward. The initiative was created as a joint venture between Monitise, Best Buy Europe and Carphone Warehouse founder Charles Dunstone, with the idea to make mobile payments both easy and accessible. It is said that MMN folks are in the midst of discussions with 17 of the top 20 UK high street retailers and many leading financial institutions regarding the forthcoming rollout.

The first product of the alliance is an app- and SMS-based mobile payments tool called Simply Tap, which is touted to deliver “common sense approach to buying products and services via a mobile phone.”

In order to use Simply Tap, users first need to register at the website and then send a product code (either via app or SMS) to buy goods at participating retailers. Because SMS is included in the mix, pretty much any phone will do the job.

Alongside the new service, the alliance also announced the appointment of two high-profile UK business leaders as non-executive directors: Sir Stuart Rose, the former M&S executive chairman; and Lord Davies of Abersoch, the former UK Minister of State for Trade Promotion and Investment, and former chairman of Standard Chartered.

A company called BabbleOn Technologies is literally "giving a voice to social media" with the launch of a mobile app...