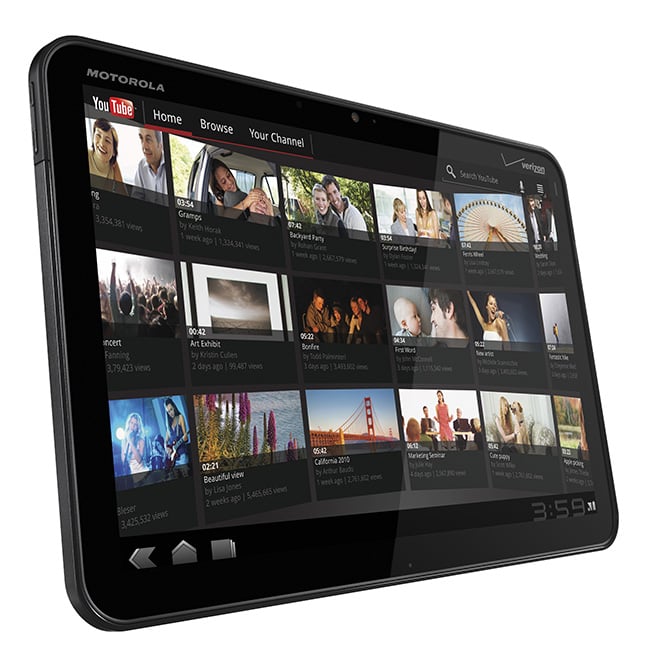 The Motorola Xoom may be a pretty piece of hardware, but it looks as though the sales of the world’s first Android 3.0 Honeycomb tablet may be pretty awful, only selling around 100,000 since its launch in February. There’s also the Atrix 4G from Motorola, which isn’t faring too well, either.

The Motorola Xoom, even at it’s cheapest point of $599, is still $100 more expensive than the iPad 2, the obvious champion of the tablet space. The mix of price and software on the iPad 2 lends to its success, and these same factors are what make the Xoom less desirable. Honeycomb is a beautiful revisioning of the Android platform, but all the bells and whistles packed into a software stack means very little if they aren’t implemented well. It takes time to fully utilize Honeycomb, not to mention just to learn how to use it. Perhaps the “shortcut” Google took wasn’t enough to make a solid OS, and charging a premium for top-notch hardware running said OS just isn’t justifiable.

The Xoom is a solid product, and is superior to the iPad in a handful of ways, but Motorola’s tablet will remain in the early-adopters spectrum for a some time if the price isn’t dropped. I’d usually belong to this group, but I know enough to stay away from the first generation of Android 3.0, as impressive as it may be.

Then there’s the Atrix 4G, Motorola’s first dual-core smartphone that has many accessories to extend it’s functionality. While the powerful handset is something to admire, it’s hardly something everyone is going to like. The sore spot for the Atrix is Motoblur. Motorola requires you to make an account through Motoblur just to use the phone, which just adds another unneeded step to activate your Android phone. That’s not even counting the lock down measures the handset-maker implements.

Another factor of the sluggish Atrix sales could be from competition within AT&T.

So between Xoom and the Atrix, Motorola has some thinking to do. Motorola has gotten some things right: people do want all the bells and whistles, (dual-core, high resolution cameras, and display) but people also want these features in a package that’s cheap. Motorola had a chance to steal the show of some upcoming Android Honeycomb tablets this year, but the first isn’t always the best.

Trimble Outdoor's fitness app for Android, AllSport GPS, has undergone a big update, including a lot of new features and...