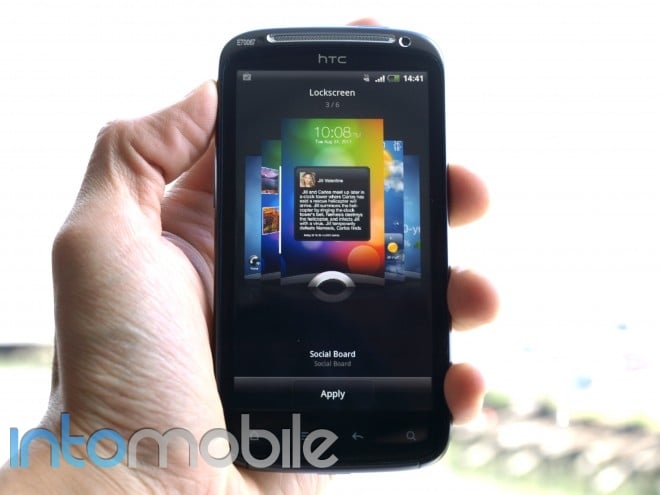 When we were playing around with the HTC Sensation, we were impressed with the Sense 3.0 because it was beautiful and made navigating Android 2.3 a breeze. Unfortunately, it looks like not all of the features of HTC Sense 3.0 will be coming to older HTC Android phones.

In particular, the HTC Sense 3.0 UI features a lot of spinning 3D carousel elements that are flashy but fast. These actually make selecting your items a more visually-pleasing experience.

If you were hoping to get this on your EVO 4G, it looks like this will only land on the modern devices like the Flyer tablet, EVO 3D and the HTC Sensation.

In response to a person’s asking if Sense 3.0 UI will come to older devices, HTC said on Twitter, ” … due to Sense’s hardware requirements, only our newest devices (Flyer, EVO 3D, Sensation) will be able to support it.”

It later clarified that this means older hardware won’t get all the features of HTC Sense 3.0 UI but these devices will be getting some of the new tricks.

“Clarification: aspects of the latest HTC Sense won’t work on some previous devices. We are working to incorporate other aspects that will,” HTC said in an official tweet.

I guess the main culprit has the be the GPU, as these new devices have the latest version of the Adreno lineup and this is capable of some high-performance graphics. As long as HTC brings the core features of HTC Sense 3.0 to the older versions, I suppose it’s not too much of a hassle.

Yet another report has come out today claiming that Android has overtaken iOS globally. While this may mean very little...