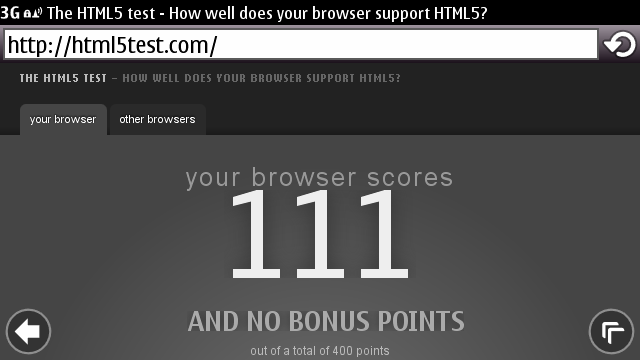 Nokia’s newest version of Symbian, dubbed Anna, has been many months in the making. At the 2010 Symbian Exchange & Exposition held in November 2010, Jo Harlow, Executive Vice President of Smart Devices at Nokia, said: “In early 2011, there will be things like split-screen text entry, portrait Qwerty and Swype integrated into the UI, as well as a new browser and a new browsing experience that is much more modern.” It’s been 5 months since that quote was uttered and the only new updates we have regarding this vaporware version of Symbian were announced earlier this week in the form of a product name, Anna, and an elusive time frame of shipping in the “next few months”. Oh and there’s new icons with rounded corners!

Of all the updates that are due to come to Anna, the new browser is the one many are looking forward to since Nokia stopped innovating their browser technology ages ago. It’s actually a bit ironic since Nokia was the first to ship a smartphone with a full HTML browser. Maximiliano Firtman, author of the O’Reilly book Programming the Mobile Web, was given a Nokia X7-00 prototype to test with what he was told was a final version of the new browser coming to Anna. He’s put it through it’s paces and … well, here’s what he had to say: “Honestly, I was expecting more. The browser is much faster than before, but it still feels old compared to other smartphone’s browsers.” His complaint stems from the fact that there’s little to no HTML5 support in the browser, including something as simple as geolocation support.

Are any of you really surprised by this? As soon as rumors started flying around about a possible use of Windows Phone as the main smartphone OS inside Nokia, what did you think the engineers would do? Coffee breaks have been that much longer ever since Stephen Elop was put in power.

Intel to open R&D site in Finland, hire 200 of the many thousands of soon to be fired Nokia employees

According to Reuters, silicon chip giant Intel is set to open a research and development facility in an as yet...