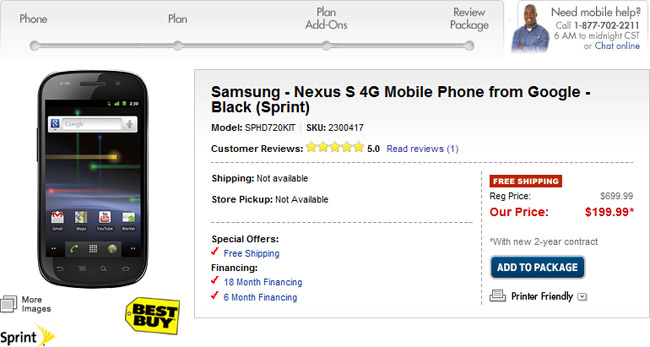 Best Buy now lists two different Nexus S units on its website. The “old version” is made for T-Mobile’s 3G network whereas the new one, also known as Nexus S 4G, sings along Sprint’s WiMAX and CDMA network. The latter isn’t readily available, but that doesn’t or shouldn’t stop you from reserving your unit today by pre-ordering. In the process, you’ll be paying $200 ($199.99 to be more precise) upfront, while at the same time committing on a two-year agreement. If that sounds like a deal to you, hop over to this page at Best Buy’s website and take it from there.

Verizon’s Motorola Droid X available for one penny from Amazon

Want to grab Verizon's Motorola Droid X for less? How about a penny? That's $149.98 less than the price listed...