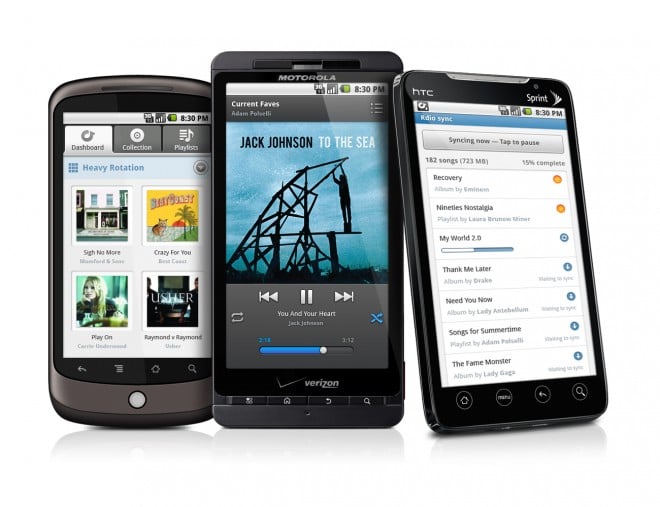 The Rdio Android app is coming to the Verizon V Cast app store and the neat thing is that it will come with a carrier billing option.

If you haven’t tried the Rdio app, you should know that it gives you access to more than 8.5 million songs on a subscription basis. You can play these tracks through a browser, or use its apps on the iPhone, Android and Widnows Phone 7 to get your tunes on the go.

The cool thing about the Rdio Android app is that it will let you download tracks to your device, so you can listen to these on the go. You can also compare your home library to what’s in the company’s catalog and get access to those songs on the go, too. There are also social media functions like being able to follow other users and view their playlists.

It’s a good move for the V Cast App Store because it capitalizes on the advantages that Verizon has over the Amazon App Store and even the Android Market. Users might not be super eager to plunk down $9.99 a month for the Rdio Android app but the carrier billing removes so much friction from the process.

I’m still a cheapskate, so I won’t pay $10 a month for a mobile music service but I’m steadily becoming tempted to commit full time. Slacker and Rhapsody offer similar functionality to the Rdio app, so I’m not quite sure which service I’d want to use as my main media source.

I do pay the yearly subscription to Pandora for some reason, as I discovered it first and I really want to support the team. I still love it as a tool for music discovery and adore the various apps but I’m growing tired of not having more control over which songs I’m listening to.

Last November we reported that AT&T, Verizon, and T-Mobile got together and formed a joint venture called Isis that aimed...