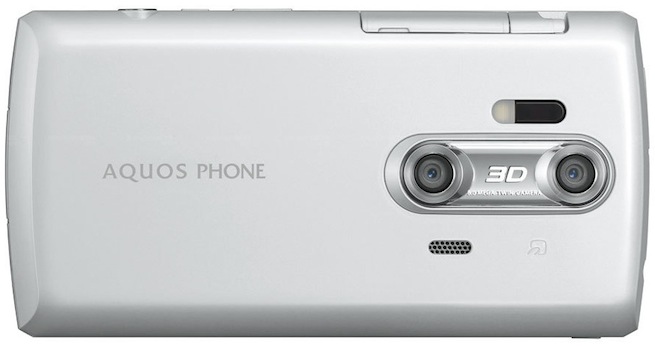 Japan is home to some of the wildest mobile phones we’ve ever had the pleasure to read about. Every year at Mobile World Congress we spend a few hours at the booths setup by Japanese operators and end up crying like little girls because we know we’ll never, ever, get similar hardware out in Europe and America. The latest heart breaker to be announced is the Sharp Aquos SH-12C. Coming out on NTT DoCoMo later this month, it packs the latest version of Android (2.3), has a 4.2 inch screen with a resolution of 960 x 540 pixels, 1.4 GHz Qualcomm MSM8255 processor, 14.4 Mbps HSPA, and an 8 megapixel camera that takes 3D photos and 3D video. There’s HDMI on this thing too, so we’re wondering if you’ll be able to output to a 3D capable HDTV, because the screen on the device itself doesn’t display 3D content. Oh and of course there’s GPS, Bluetooth, WiFi, and everything else you’d expect a modern smartphone. It weighs 138 grams and measures 64 mm x 127 mm x 11.9 mm, and it bulges up to 13.8 mm in certain parts. 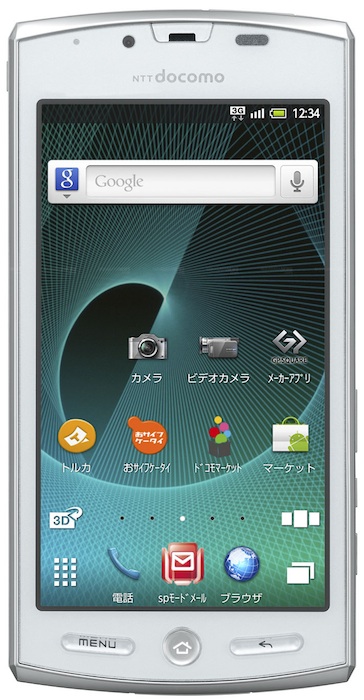 The design is simple, not very flashy, and there’s no reason why Sharp couldn’t offer this to other countries, but no amount of public outcry will make them do it. We’re just going to have to wait for HTC to hire some new designers and release a mobile phone that doesn’t look like the various models that have come out over the past few years. That or wait for Samsung to hire a materials expert so they can start building devices that don’t feel like they’ll disintegrate in your hands after only a few weeks of use. And we all secretly wish Motorola would cancel Blur and release all of their future devices with stock Android, but that’s a pipe dream.

If you’re in Japan then there’s no kind way to say to this, but we’re incredibly envious of you.

Hot Deal: Verizon’s HTC Thunderbolt back on sale for $129.99 at Amazon

Missed that hot deal on Verizon's HTC Thunderbolt from Amazon? No worries, the online retailer now has the same offer...