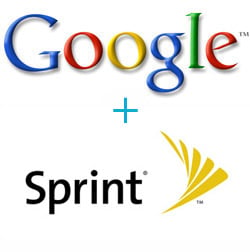 Google and Sprint have been quite chummy as of late and they may be taking that friendship to the next level later this week. The search giant and carrier may be launching an NFC (Near Field Communication) payment system as soon as the 26th, making NFC-enabled devices your potential next credit card.

We had an idea that Google was interested in doing something like this and implemented the technology needed into the Nexus S only heightened our suspicions. It looks like the NFC payment system could launch in New York City, San Francisco, Los Angeles, Chicago, and Washington D.C. all at the same time. The move would be smart considering that Google likely wants this to be spread across the country as soon as possible, so a smaller, soft launch isn’t what’s needed.

Unfortunately, the only handsets that are NFC-capable are the Nexus S and the Nokia Astound for T-Mobile. While we wouldn’t see any reasoning behind limiting the payment system to only Android devices, it’s completely possible. This would bump us back down to only one handset that could take advantage of the service. That said, Google has promised that dozens of NFC enabled phones will be launching in this year alone, which would help the service right along. With no word on what devices will support NFC or any time frame other than this year, it’s one big grey area at the moment.

The prospects of a nationwide NFC payment system sounds interesting, even if your handset doesn’t support the feature. If the technology does eventually take off, and Google is betting that it will by pushing it as hard as it can, then we’ll likely see a huge ramp up of NFC chips in phones.

We can expect to see the new payment system to debut and put to test during the D9 : All Things Digital conference next week by Eric Schmidt.

What do you think about paying for things with the tap of your phone?

Twitter has purchased TweetDeck for more than $40 million and I think it's fair to ask: What's going to happen...