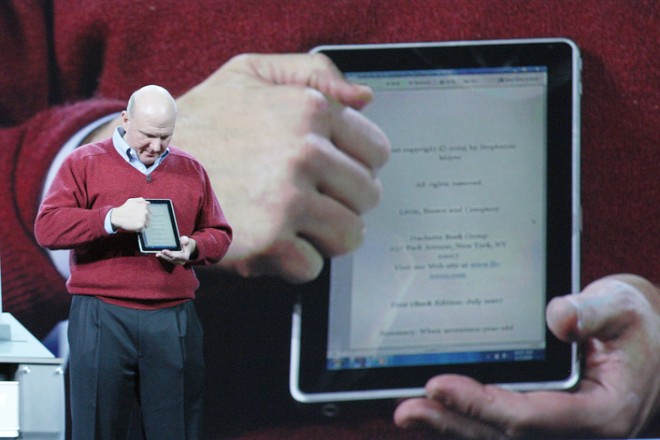 We are expecting Microsoft to show off its version of Windows for tablets and the company will reportedly be putting strict hardware requirements with this like it does with its Windows Phone 7 platform.

The Microsoft Windows tablets are expected to be a touch-optimized version of Windows 8 or whatever it winds up being called. This version is expected to be more flexible because it will be able to run on ARM processors, which are powering the majority of tablets and smartphones out there.

The company put strict hardware restrictions on Windows Phone 7 for a few reasons: it wanted to ensure that its devices would have a certain level of modernity and it didn’t want the platform to become as fractured as Windows Mobile became. For all of you Android HTC Sense fans out there, you best remember that this first started as a way to beautify (and some would say, “to make usable”) WIndows Mobile.

Of course, that has also led many Windows Phone handsets to seem like the same except for the form factor – there won’t a dual-core Windows Phone device out there for a while – and not all hardware makers are extremely happy with the restrictions for Microsoft Windows tablets. Acer’s CEO is quoted as saying these restrictions are “very troublesome.”

The Microsoft Windows tablet strategy is an interesting one, as it won’t be creating something unique for this space and will instead build its next desktop version with mobility in mind. Hopefully, this means a strong multitouch interface is built in from the ground level or else it will just be a bad experience.

While Apple can barely make enough iPads to fullfil demand, the rest of the tablet market is ill defined. Microsoft Windows tablets could still wind up being very successful if it nails the software and has strong hardware partners. What do you think, friends?

As it turns out, ViewSonic wasn't the only one with a 7-inch Android 3.0 tablet yesterday at Computex. Alongside their...