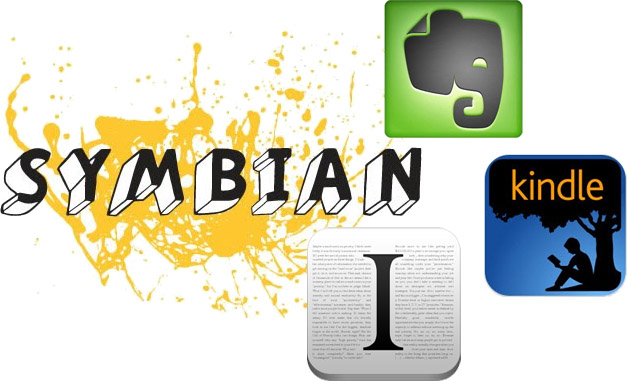 Although it’s been a while since Nokia first introduced the Symbian platform, the fact is there are not that many apps available for Symbian smartphones. And while the Finnish giant did launch quite a number of initiatives to engage developers, unlike Apple and Google – they failed to reach the tipping point.

There are quite a few apps missing for Symbian platform, here’s my top 3 list.

My favorite note-taking service and I’m saying this without getting a single dime from the company. There is the unofficial (WRT-based) version of the application which requires constant Internet connection, making it pretty much useless while travelling. Moreover, that app lacks some other features we (Evernote users) learned to love. Evernote said they won’t make the Symbian client but will wait for the Finnish company to launch Windows Phone devices.

Here’s what they said (from Evernote forums):

We spent a few months working on an application to run on one of the Nokia-specific application platforms (Web Runtime – WRT), and decided that the end result wasn’t going to be satisfactory for a number of technical and usability reasons.

Nokia’s huge commitment to Windows Phone 7 has definitely justified this product decision, and we’ll be very happy to support the next generation of Nokia phones running WP7 with our forthcoming WP7 client.

Even though Symbian is slowly dying I never fully understood why Amazon hasn’t launched an app for all those Nokia smartphone users out there. They could simply outsource the job and get some extra love along the way. Besides, some of the newer Symbian phones like the Nokia E7 and X7 rock awesome 4-inch screens, making them suitable for on-the-go ebook reading.

Alas if that didn’t happen thus far, it’s fair to guess it won’t happen at all. Similarly to Evernote, Amazon will go for the Nokia when Finns go unveil their first Windows Phone babies.

Not as nearly popular as the first two apps, Instapaper did manage to get a decent following. The service that allows users add articles to the “Read later” list is available on a number of platforms, Symbian NOT being one of them. Maybe Nokia could spend some of its resources to build a similar service and make it work across platforms — at least platforms they intend to support (yes that would include Windows Phone 7).

In addition, I could also mention such apps as GTasks (which syncs with Google Tasks), Remember The Milk (popular task management service) and Groupon (which I love). Although I use GTasks regularly on my Android phone, I realize Nokia users may have different habits.

Meanwhile, we saw Nokia launching Foursquare and LinkedIn apps and I’m hoping an article like this one could additionally move them in that direction – to bring some other popular apps to the Symbian platform. After all, they still sell Symbian smartphones and the idea should be to provide great post-sell experience to their customers.

Now I have a question for Symbian users: Is there any app you saw on other platform and would like to see it on your phone? What I missed? Comments form is all yours.

Distimo May 2011 report: Android still has a lot of catching up to do

Distimo is out with its new report, covering all of the major app stores. Most notably this release compares the...