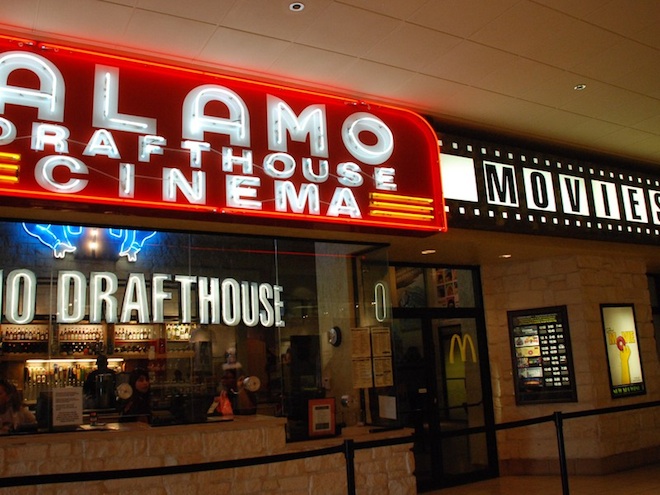 Culture, which many philosophers, creatives, and political leaders have tried to define since the dawn of man, is under attack. Thanks to a generation that was raised to believe that they’re entitled to damn near everything they want, and a society that doesn’t accept the fact that life produces both winners and losers, the social constructs often referred to as “rules of etiquette” and what older generations used to call “respect” are quickly being wiped away from our collective consciousness. One example of such douche baggery are people who use their mobile phone during a movie. Regardless of your opinion of the current state of Hollywood, many enjoy the opportunity to escape their mundane, often stressful life for 2 hours by being immersed in a form of storytelling that uses modern technology to render feelings such as empathy, compassion, terror, and joy, within our otherwise jaded selves. But there are some people, a select few, who feel that their importance to the clan should be prioritized above everyone else’s and thus need to be in constant contact with the outside world.

Enter the Alamo Drafthouse, a cinema chain with several locations in Texas that asks their patrons to show respect to both the art that’s about to be displayed, and the people who mustered up the enthusiasm to leave their homes and drive their car to not just any cinema, but to the Drafthouse. Why visit the Drafthouse versus something like Regal or United Artists? More comfortable seating, waiters who take your order, and best of all, ice cold beer. Before they hit play on the reel to reel and show you the latest animated abomination from Disney, the video above plays.

This isn’t a joke, that’s the actual video that gets shown before each and every film. We salute you, Alamo Drafthouse, because it was about time someone put their foot down.

Earlier this year the mobile industry stood in disbelief as they read the news of AT&T's planned $39 billion acquisition...