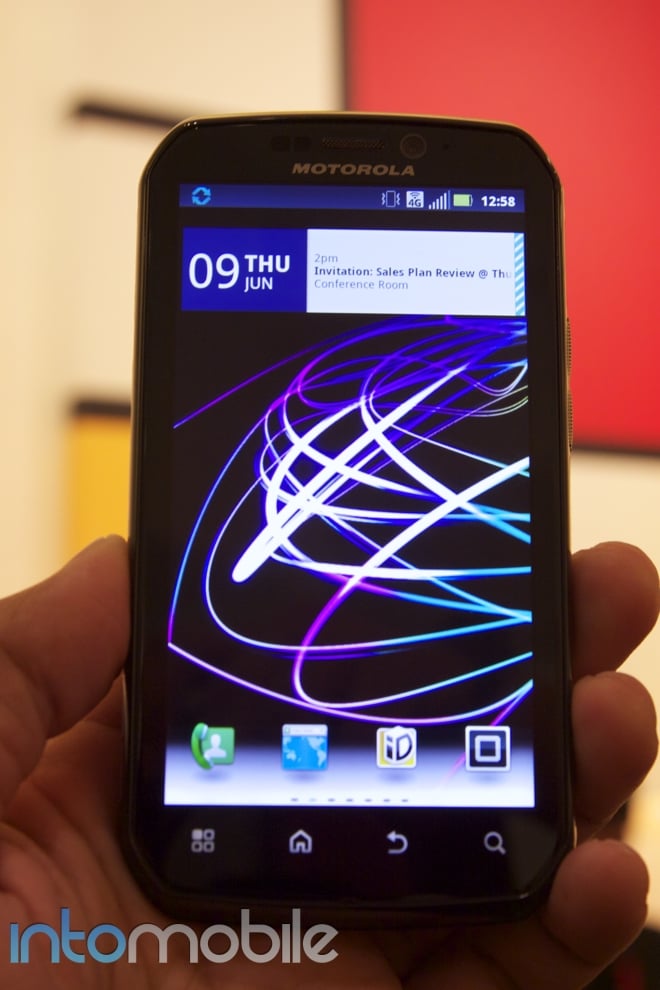 Motorola and Sprint have finally taken the wraps off of the Photon 4G, a powerful handset that will bring a solid alternative to the upcoming HTC EVO 3D everyone is clamoring about these days.

The Photon 4G is almost exactly what we were expecting: A WiMAX-enabled, Atrix-like phone. The Photon 4G will sport a 4.3 inch qHD display, 1GHz NVIDIA Tegra 2 dual-core processor, 16GB of memory (expandable up to 48GB), 8 megapixel camera with dual-LED flash, front-facing camera for video chat, and Android 2.3 Gingerbread. The powerful handset will be able to take advantage of Motorola’s Webtop service by using the laptop dock accessory that you’ll find with the Atrix as well.

The Photon 4G will be Motorola’s first high-end Android device for Sprint, and should appeal to those who aren’t in love with the EVO 3D. While Sprint isn’t in short supply of great hardware, the selection looks a bit small when you look at competing carrier’s lineups. As nice as the Photon 4G sounds, we can only hope that Sprint has more devices up its sleeve if it truly wants to compete in this summer smartphone war.

As you’d expect with most Motorola devices, the Photon 4G will ship with Motoblur. This custom user interface isn’t our favorite, but it’s come a long way since it debuted on the Backflip some time ago. Motoblur has a lot of features that we like that you won’t find in a lot of other Android phones, unfortunately it doesn’t look as nice as it could. Either way, the Photon 4G looks to be an impressive handset that will please many people out there.

We can expect to see the Photon 4G land on Sprint shelves sometime this summer, but that’s about all the details we have on its availability.

Who’s looking to grab this handset over the EVO 3D when it arrives?

Verizon isn't the only one getting some swanky new Motorola hardware this summer. Today Sprint and Moto jointly announced the...