Several hours ago Nokia unveiled the N9 to the world. Forget the hardware specs and the fact that it runs an OS that the Finnish handset maker refuses to support for a minute and just look at how gorgeous the device is. Notice something that’s different about it compared to just about every other mobile phone on the market? No buttons on the front of the device. About a week ago Boy Genius Report received a tip about the next device in the Nexus lineup of Android devices. It’s said to run Ice Cream Sandwich (ICS), the latest version of Google’s mobile operating system that was mentioned at Google I/O in May of this year, but was not shown off. What makes that device special is that it too is said to lack any buttons on the front of the device. 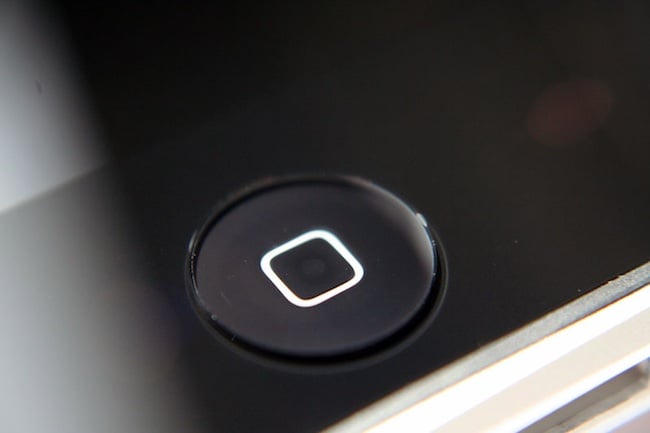 It makes sense when you think about it. These days people want a phone that’s nothing more than a glowing rectangle. All the user interface elements are rendered via software and while additional buttons can help you navigate a bit faster, isn’t the whole point of creativity being able to master the ability to do more with less? Look at the iPhone 4, actually … look at every product Apple has shipped that runs iOS. That home button has become a trademark, but if Google thinks they can make a competent operating system without the need of not just a home button, but a search button, back button, and menu button, then what’s to say that Apple shouldn’t be working toward the same goal? 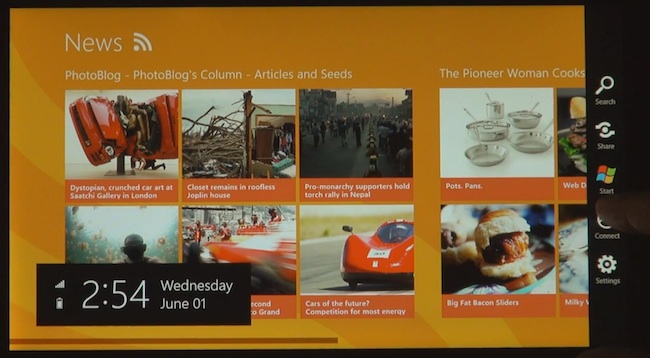 Then there’s Microsoft, who dictates the specifications your Windows Phone needs to adhere to, and also specifies that you have to include a back button, Windows key, and search button. Their reasoning is a bit more marketing driven. That Windows key further reinforces the Windows brand, and the search button pulls up Bing, which they’ve been trying to get people to use instead of Google for as long as we can remember. The back button will be used in the next version of Windows Phone, codenamed Mango, to enabled multitasking, but then what about future versions of Windows Phone? Earlier this month Microsoft showed off the future of Windows, which they’re simply calling Windows 8 (pictured above). The touch optimized UI doesn’t require and physical buttons, instead it relies on a series of buttons rendered in software that are rendered when you swipe from the edge of the display towards the main user interface elements.

When you get rid of the buttons you can build devices like the Nokia N9, in other words you can build hardware that’s absolutely beautiful with an edge to edge display. No buttons also lets you put a larger screen in a smaller package. Note that the N9 has a 3.9 inch screen and the devices measures 116.45 mm tall x 61.2 mm across compared to Apple’s iPhone 4, which has a 3.5 inch screen, and is 115.2 mm tall x 58.66 mm across. For all intents and purposes, they’re the exact same size to most people, yet the N9 has a screen that’s offers nearly 25% more viewing area.

The buttonless future is obvious, at least to us.

Orange and ZTE have a pleasant surprise for all the Orange San Francisco (aka ZTE Blade) owners out the there....