The Samsung Galaxy Tab seems like it has been left in the dust by its sexier Android tablet counterparts – the Motorola Xoom and its successor, the Galaxy Tab 10.1 and 8.9. The latter tablets are sporting Honeycomb, a version of Android meant for large screens, while the more portable Galaxy Tab with its 7-inch display is still rocking Froyo. 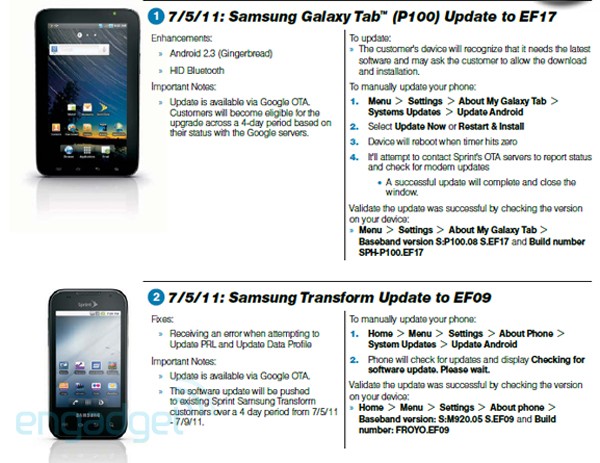 Sprint hasn’t forgotten about you Galaxy Tab owners, and on July 5 you should be able to upgrade to Gingerbread, or Android 2.3. It’s not quite Honeycomb 3.0, but at the very least you’ll be brought up a little closer to speed. So if you plan on hanging onto your 7-inch tablet for quite some time, its platform version won’t be so ancient.

Expect the rollout to be gradual on July 5, or give the old manual settings option a try, too and let us know how it goes. Next Tuesday can’t come soon enough!