The Google, Motorola deal is going to have a huge impact on Android but it may also unintentionally supercharge some of its competitors and I believe that HP’s webOS could use this as a much-needed opportunity to boost its platform.

The GoogMoto combination will provide Google with many patents that it needs to defend Android against lawsuits and this gives it the ability to offer an end-to-end solution that can go toe-to-toe with Apple and its iPhone. While Google says that Motorola won’t always get the Nexus line as the showcase of Android, it’s naive to think that GoogMoto won’t have inherent advantages over Android hardware makers like Samsung, HTC and LG Electronics.

Whether it’s access to new code earlier, a streamlined updating process or promotions, GoogMoto Android phones will have a leg up over other smartphones and this may make handset makers look at some of the alternatives. Samsung, HTC and LG already make Windows Phone devices but these don’t necessarily offer the chance to do many software tweaks. That’s why I believe HP’s webOS could use this opportunity as a way to partner with a major manufacturer and really make webOS a killer platform with great devices.

We already know that HP is in talks to license webOS but the company doesn’t just want to partner with a company that will stamp out webOS devices, it wants a partner that can really add value. That could be a global distribution network, mobile software expertise, carrier relationships or all of the above. I’m not the first to suggest this, but there’s only one real problem with this idea: webOS is not as good as it needs to be to be a true competitor to iOS, Android or even Windows Phone Mango. 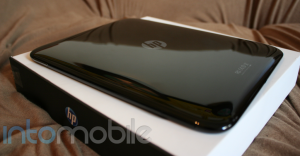 I own an HP TouchPad and I don’t even agree with our somwhat positive official review because this thing kind of sucks. The hardware feels cheap, the WiFi chip doesn’t even work as well as other tablets and I’m really disappointed with the clunky software. I absolutely hate how people keep saying that webOS is a great operating system that just needs the hardware it deserves. It’s fine but it’s nothing to write home about.

. The cards metaphor is still neat but I’m not sure it actually scales as well as I would have thought to tablets. Even with a snappy 1.2 GHz Snapdragon processor, cards still take too long load up and not having quick access to the majority of your apps at once is an abstraction layer that’s more annoying than intuitive. Additionally, leaving apps open in the background will actually bog it down.

WebOS might have been great on the original Pre – I still think it’s the greatest 1.0 smartphone OS we’ve seen – but you can definitely tell that there hasn’t been as much work put into later versions. This is completely understandable too, as Palm was barely scraping by when the first version of webOS came out and it didn’t have the time or resources to adequately evolve the platform. There has also been a lot of transitional issues once Palm and webOS were purchased by HP, so webOS has essentially lost two years of real development.

Meanwhile, the competition is getting better every minute. Apple’s iOS is already one of the most popular platforms in the world and the improvements to iOS 5 will make even die-hard Android fans take notice. Speaking of Android, it has gone from a novel, kind of iPhone ripoff into the world’s most popular smartphone OS that provides its own flexible experience that many would argue is the best in the market. Even though Microsoft’s Windows Phone platform isn’t selling much, the improvements in Mango update make the OS on par with the competition. Heck, I even see a ton of promise in the QNX platform.

It’s super early and the Pre 3 hasn’t even been released yet but it’s clear that HP is on the outside looking in with webOS at the moment. Yes, I know HP is going to throw HP on laptops, printers, cars and nearly anything but it needs a mobile presence for it to really be a hit. That’s why I think the absolute perfect partner for HP’s webOS would be HTC. 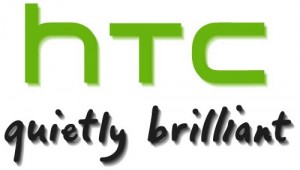 We’ve floated this idea before when Palm was originally up for sale, as we believe that the HTC geniuses behind Sense would go absolutely nuts (in a good way) with the keys to webOS. HP’s platform does have a certain grace and beauty in its design that also seems to match up nicely with what HTC has been doing with its software.

Beyond just the aesthetics, HTC has quietly built or acquired a host of services which could really make webOS be interesting. The HP Movie Store on the TouchPad is cool enough but imagine how cool it could be if you combine it with HTC Watch. HTC is also going to be a force in tablet gaming thanks to its OnLive investment, the Dashwire buy means it could add even cooler cloud storage capabilities to webOS and both already have the Beats technology.

What this shows to me is that HTC is getting even more ambitious and it may start to chafe because the core platform is not under its control, it doesn’t have as much to say in it as it would like and that its former competitor is now part of what is supposed to be its Open Handset Alliance partner. It probably wouldn’t have to be an all-in thing either, as HTC could focus on retooling webOS for the modern age while still releasing the next myTouch or Sensation periodically.

HTC has rode Android to record quarter after record quarter, so it won’t be easy to change gears. There are also bound to be technical issues implementing new services with webOS and you never know how the cultures of HP and HTC will clash. Still, HTC is facing a lot of competition in the Android space, as the high-end could be under assault from the much-larger Samsung and GoogMoto and the low-end could go to the likes of ZTE and Huawei.

It’s still way too early though, as we don’t even know if the GoogMoto deal will actually go through. Regardless, I believe this is a great opportunity for HP’s webOS to capitalize on the uncertainty this creates in the Android ecosystem and snag an amazing partner for webOS.