Evernote has just pushed out a major update for its iOS app and this includes a redesigned iPad version and a host of new features.

The iPad redesign of the Evernote app is probably one of the most notable features of this update, as it gives you an easy-to-manage view of all your notes with a bit from each note. As you would expect, this does make better usage of the larger screen and it features pinch to zoom features, as well as the ability to quickly share notes. Here’s what it looks like: 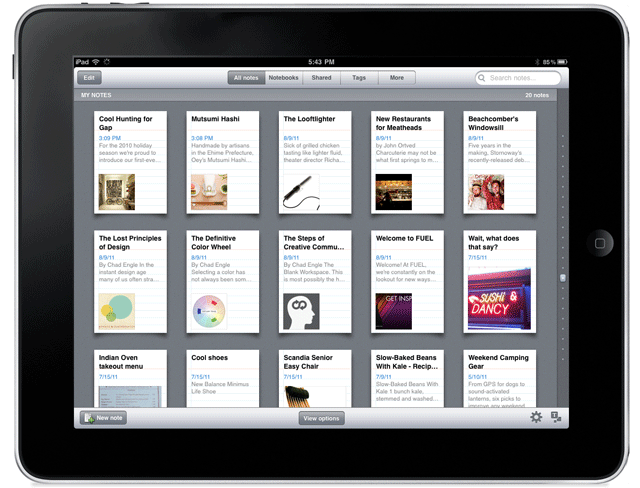 Another cool new feature of the Evernote iOS app is the ability to add rich text support like bold and italics to your notes. I know that seems like a relatively minor thing but Evernote says this was actually a “doozy to implement,” so go ahead and go nuts with it. You can also look forward to checkboxes in notes, the ability to access shared notes via the iOS devices, the ability to search within a single note and premium users will now have a passcode feature to use.

The updated Evernote app is available now and it’s free. You can download it here (iTunes link).

The latest numbers from NPD are out and it shows a familiar theme: Android and iOS are growing while BlackBerry...