Seriously, Sony Ericsson, it’s a miracle you have any fan sites these days and you just want to shut them down? Don’t get me wrong, it’s not that you don’t make halfway decent phones – the Xperia Arc is OK, but how’s that stacking up against the Galaxy S II, Galaxy Nexus, DROID RAZR or the HTC Sensation series? Instead of shutting down fan communities like Xperiablog.net, and ultimately turning them into your enemies, you should embrace them. They’re the small handful of die-hard fans you have left, really. 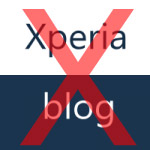 Since Xperiablog.net’s founder didn’t want to tackle this problem, the following response was given:

We do not have the resources to fight Sony Ericsson on this and therefore this is the last you will hear from us. Sony Ericsson has made great strides in its Xperia portfolio, especially in listening to the community. This makes it all the more confusing as to why Sony Ericsson would want to shut us down. We genuinely believe that 2012 could be a bumper year for the company, we just wish we could have been there along for the ride.

Sony Ericsson was probably just doing its thing by protecting its trademark, but surely it could’ve come to terms with Xperiablog.net and handled things differently. It’s a shame, as Sony Ericsson has just lost a pretty good resource for some Xperia fanatics. Poor form.

If you're looking to pick up a Square credit card reader for your smartphone, you shouldn't have trouble finding one...