The FedEx guy just dropped off an unexpected package and I was excited that maybe the Galaxy Nexus had come early. Instead, it was the Samsung DoubleTime. Le sigh.

While the Galaxy Nexus is the epitome of a high-end Android phone, the Samsung DoubleTime does show off the flexibility that the platform has to be on lower-end handsets with multiple form factors. The reason why it’s called the DoubleTime is because it has two touchscreens and a fold-out QWERTY keyboard. Picture an old school LG EnV but with a smaller, rounder frame and you pretty much have the Samsung DoubleTime.

The Samsung DoubleTime sports two 3.2-inch touch displays and a relatively bulky, yet satisfying hinge. Inside, you’ll find an extremely flat QWERTY keyboard that feels way too compressed for my fat fingers. A 3-megapixel camera and Android 2.2 Froyo round out the less-than-exhilerating specs. The eye-popping white with little pink accents do stand out and I like the textured backing.

It’s tough for me to get excited about a phone like the DoubleTime but I’m definitely not the core audience for a phone that looks like a compact. This handset can be had for free on places like Amazon and I’m sure that its super-texting teen demographic will get a kick out of the ultra-compact keyboard. I’m just a bit put off by its underpowered nature. Still, look for the full review soon and check out the photos below. 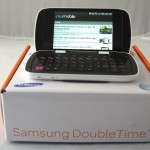 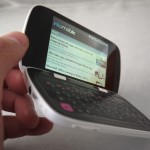 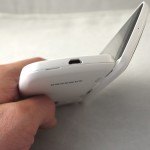 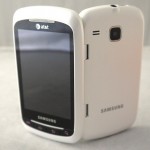 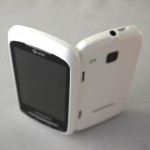 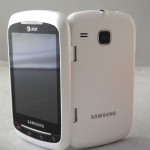 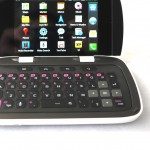 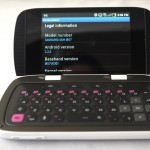 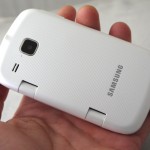 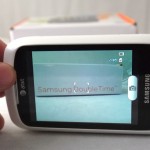 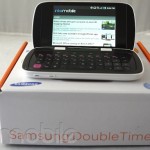 Apple is king when it comes to inventing what was already invented. With Siri, Apple changed the game when it...