When Infinity Blade was released last year, I was very impressed by not only its breathtaking visuals, but also how addictive and fun its gameplay mechanics are. Month after month, ChAIR Entertainment improved the game through various updates which included new weapons, equipments, and enemies, an entirely new area to explore, and  a multiplayer mode. All the while they were working hard on Infinity Blade II, which will be hitting the iOS App Store tomorrow and you’d be a fool to not get this game.

Infinity Blade II starts where the original Infinity Blade ended. You play once again as the Hero, or better known as Siris. Siris continues his adventure and is in need of assistance from The Worker of Secrets who has been locked away in a large castle which you must navigate to find him. There is way more to the story with a good amount of twists and turns, but I’ll leave the synopsis at that as to not spoil the great adventure ChAIR Entertainment has put into place for Infinity Blade II. Let’s just say there’s way more story elements in this game than there was in the last. 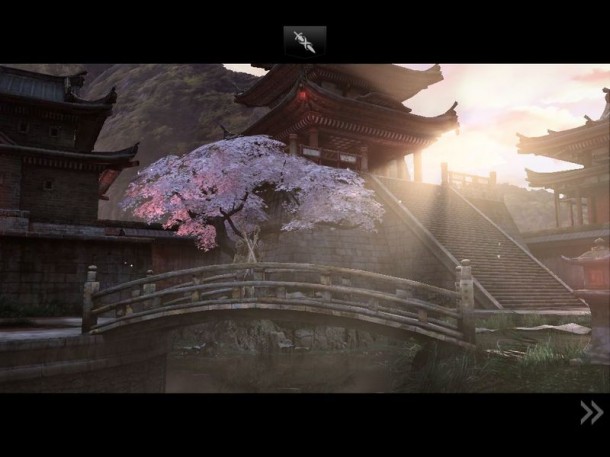 With a year of development, ChAIR has made an already visually impressive experience and upped the ante with some amazing visuals that I would never think were possible on a mobile device. Siris armor and weapons all look great, while the Titans and other enemies he faces off against all look extremely intimidating and fierce. Lighting effects have also seen a vast improvement as solar flares and other lighting techniques give the game a real world feel.

Infinity Blade II’s combat system has received improvements as well as you’ll now be able to use 2-handed and dual-wield weapons along with the traditional sword & shield combination. Each weapon style has its own strengths and weaknesses such as 2-handed weapons usually offer higher damage output at the cost of speed. Offering a wider variety in weapons guarantees players will find a fighting style that they’re most comfortable with in order to dominate their foes as well as allowing them to change the pace of action by fighting with different weapon classes. 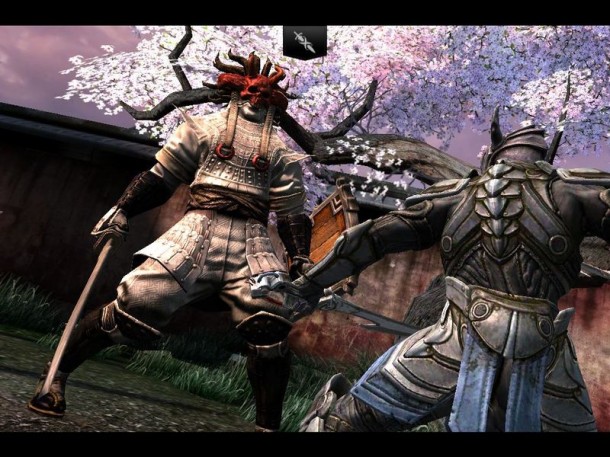 Enemies in Infinity Blade II have also received some combat improvements. At times, your enemy’s combat movements may be easily tracked, but there will be times where you’ll find yourself guessing wrong as your enemies have now learned some new combat moves that will keep you guessing. Certain enemies will even use magic against you which you’ll need to dodge.

After you successfully eliminate each enemy you encounter, you’ll be given Experience Points (XP) and Gold. Your XP will not only level up Siris, but also the gear he is currently equipped with. The Gold you receive can be used to purchase new gear from the game’s store, or you can now spend your gold to upgrade any piece of your gear to master it. That experience from Infinity Blade has, for the most part, been left unchanged, but a new gem system has been added that allows you to place gems into your equipment to give them boosts in various aspects which are dependent on the gems. Also, certain enemy engagements will require you to perform specific tasks, such as blocking 10 times or stunning your opponent, which will give you bonus XP once completed. 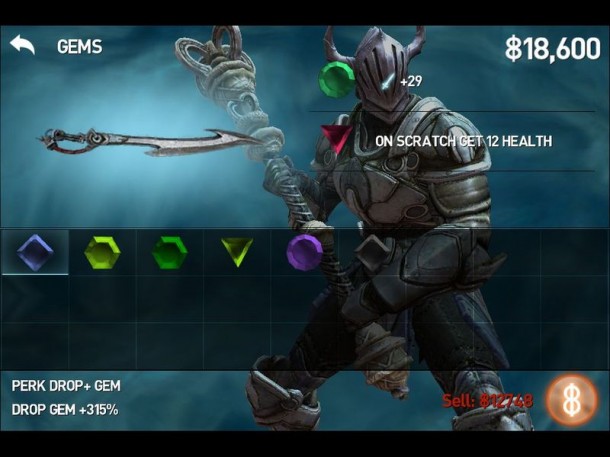 One thing that seemed to get old fast in Infinity Blade was the somewhat linear journey the player would take through the castle. There were only a small amount of different paths you could take to get to your final encounter with the God King, but Infinity Blade II feels less linear compared to the original. I know that’s easy to say when playing a new game, but I’ve played for hours and every time I always find some new area to explore or enemy to encounter.

Final Thought: I said it earlier in my review, and I’ll say it again: You’d be a fool not to get Infinity Blade II. The game has received so many enhancements over the original that I not only can highly recommend it to any iOS owner, but I also highly recommend non-iOS owners to consider picking up an iOS device as I feel you’re missing out on another great accomplishment in mobile gaming if you don’t play Infinity Blade II. Infinity Blade II is an even more visually stunning, addictive, combat exploration game which needs to be in your iOS gaming library.

So you wanna fly for less, right? Kayak doesn't work for you all the time? If you're not in a...