What do you call a device with a 5.3 inch screen that runs Android and has a cellular radio inside? Is it a phone, is it a tablet? All we know is that Samsung’s betting that there are going to be people out there, walking among us, who want a device with that large of a display. Announced back in September of this year, the Samsung Galaxy Note caused a huge ruckus at the IntoMobile offices. Should we love it because of the stupid fast dual core 1.4 GHz Samsung Exynos processor inside or the fact that the display pushes 1280 x 800 pixels? Or should we hate it because Samsung was dumb enough to include a stylus and because they didn’t take our skinny jeans into consideration? Whatever we think about the device is irrelevant at this point, those folks who want this thing are pretty damn well going to do anything they can to get their hands on one. Luckily for our American readers, the Samsung Galaxy Note is coming to AT&T. 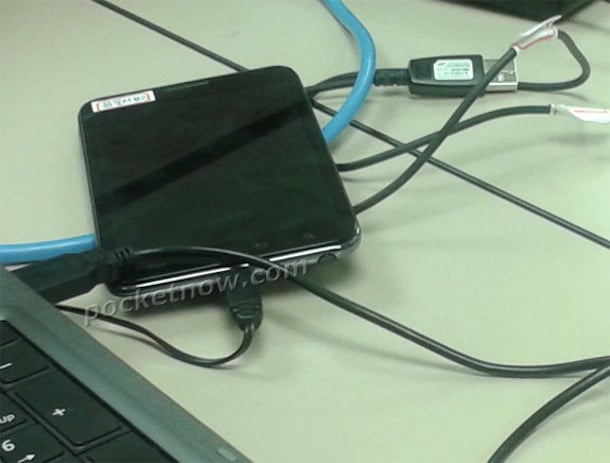 According to the folks at PocketNow, the Galaxy Note will be announced as early as January, which makes us think we’ll see it at the Consumer Electronics Show in Las Vegas. It’s going to support AT&T’s recently launched 4G LTE network, but, and this is a big but, it’s going to get a brain transplant. Gone is the Samsung made, best in class, Exynos chip. It’s being replaced by a dual core 1.5 GHz Qualcomm MSM8660. Why? Probably because AT&T already has plenty of experiance with that chip and they want to get this thing out on the market with little to no hickups. The Exynos does support LTE, evidence of that is clear since both the Galaxy Note LTE and the Galaxy S II HD LTE have launched in South Korea, so we really think it’s just AT&T being picky about wanting something they know is bulletproof.

Hot Deal: Verizon’s Samsung Galaxy Nexus available for $149.99 on Amazon Wireless; Plus you get a $100 Amazon Gift Card!

If you still haven't grabbed the Samsung Galaxy Nexus from Verizon Wireless (and presuming you want one) - buy one...