Ask anyone on the street to name a handful of companies that come out with unique looking consumer electronics gear and you might hear them shout out brands like Apple, Samsung, Sony, etc., but I can almost guarantee you that Huawei isn’t on that list. The Chinese handset vendor has seemingly come out of nowhere, once nothing more than an original design manufacturer that was easily forgotten, to a company that’s committed to being the brand that the masses associate with affordable Android smartphones. Their latest device however, the Huawei Ascend P1 S, takes things to a whole other level. It comes in at just 6.68 mm thick and has a ridiculous spec sheet. We’re talking 4.3 inch Super AMOLED display with Gorilla Glass that pushes 960 x 540 pixels, 1.5 GHz dual core TI OMAP 4460, 1 GB of RAM, an 8 megapixel backside illuminated camera that can capture 1080p video, a front facing camera that can take 720p video, quadband GSM/EDGE support, pentaband 3G support, and there’s even HDMI out. When’s it due to come out and how much will it cost? Global launch in Q2 of this year, no word on pricing. 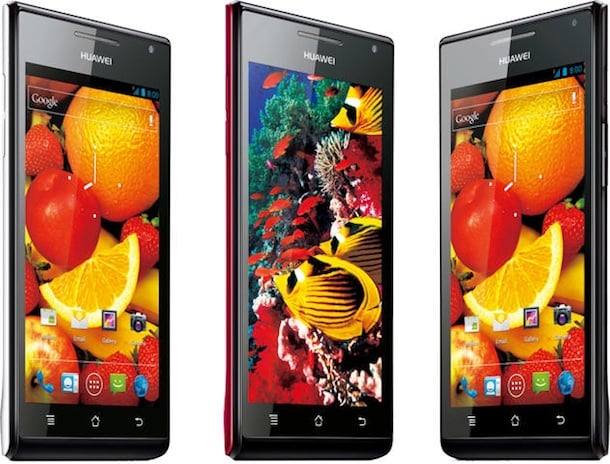 Now just take a moment and realize that the device you’re looking at above is a Huawei. Those lines, that attention to detail, are things we never really expected from them, ever, and we’re starting to think that the company wants to be taken seriously from now on. Remember HTC and their rise from a tiny Taiwanese company that made Windows Mobile devices for operators to one of the leading suppliers of Android smartphones and the creators of the extremely polarizing Sense UI? We see Huawei following in HTC’s path and we wouldn’t be surprised to see Huawei start coming out with some world class hardware by this time next year. Don’t get us wrong, the Ascend P1 S is gorgeous, but it doesn’t have an HD screen, meaning we can’t rightfully call it an Android superphone.

Still, it’s a hell of a smartphone.

Update: Battery is 1800 mAh, which is a lot better than what we were expecting.