There may be many different Android devices in the world today but there are still only a handful of decent custom user interfaces available. While we prefer stock Android over anything else, HTC’s Sense UI has been a favorite for many people for a while now. However, one thing we’ve never heard before is someone saying that they prefer Motorola’s custom UI Motoblur over anything else. Well, some of the first shots of the Motorola RAZR playing nice with Ice Cream Sandwich and Motoblur have arrived and some of you may like the new look.

From what we can see, Motorola has been pretty busy bringing Motoblur to Android 4.0 and some of the enhancements are pretty nice. First you, you’ll now have four options to choose from in the lockscreen. Whether or not you will be able to customize the options or just be able to unlock the handset from any direction is beyond us but it looks pretty cool so far.

Most of the tweaks seen look decent but there’s one major sore spot in the pictures below. The camera software looks to be the exact same as previous Motoblur handsets and that’s a bad thing. In all likelihood, the camera software has not been finished and has yet to be implemented into this early build, so we’ll have to save our judgements for the final software.

If you’re rocking a GSM version of the Motorola Droid RAZR and want to give this software a trial run, hit up the links below. Tell us how you like what Motorola has done to Ice Cream Sandwich. 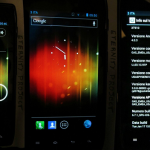 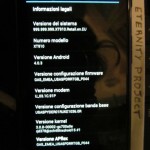 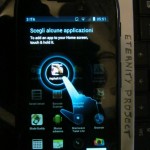 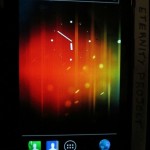 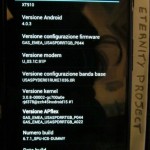 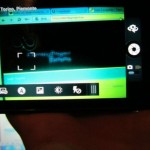 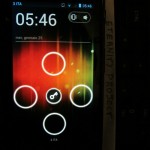