For the longest time we’ve been hearing that Microsoft is going to release an update to Windows Phone called Tango that would enable handset vendors to create budget smartphones. We didn’t know exactly how Microsoft was planning to do that, but thanks to a leak on the Russian site WP7Forum.ru we now have an extensive amount of information about Tango’s limitation; we even have screenshots of the OS! First up is confirmation that Tango will run on smartphones with just 256 MB of RAM. For those who may not know this, RAM is one of the most expensive components in a smartphone. It’s not the most expensive, but it’s definitely in the top ten. Nokia’s latest Symbian smartphones, devices like the 701, ship with 512 MB of RAM, so running Windows Phone on half that is an amazing accomplishment. Second, the Live Tiles feature that developers use today on Windows Phone Mango to give users a glanceable look at important information, that’s not enabled for third party applications in Tango. Third, Tango devices can not ship with a camera that’s better than three megapixels. Fourth, if you try to download an application from the Windows Phone Marketplace that needs more than 256 MB of RAM to run, you’ll be warned that you can’t grab said app. Fifth, photos will not be backed up to SkyDrive automatically. 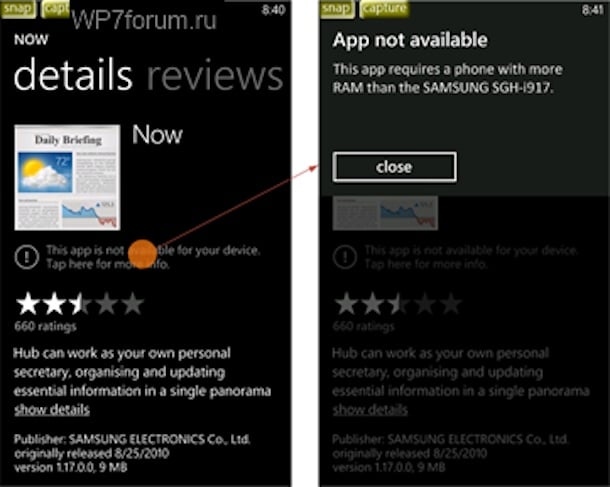 In other words, Tango fragments Windows Phone. Developers will now have to support two versions of Microsoft’s operating system. If rumors are to believed that Windows Phone 8 will be based off the Windows 8 kernel, then that’s even more fragmentation, but let’s not get into that right now. So what else is good about Tango besides low cost? It’ll support SIM contacts, have better MMS handling (multiple images, multiple file types), and of course a dramatically improved list of supported languages.

Microsoft spent more than $8 billion to buy Skype and it seemed like everything was hunky dory but Cisco is...