Research In Motion just showed off its next-generation operating system and BlackBerry 10 could be quite nice on a phone. The intuitive user interface, excellent mobile keyboard and interesting camera software may finally bring BlackBerry users into the modern smartphone age. I fear it may be too late to reverse RIM’s slide, though.

“We’re taking our time to make sure we get this right,” RIM CEO Thorsten Heins about BlackBerry 10 during the company’s largest conference.

It showed off some teaser videos, demonstrated a few new features of BlackBerry 10 and even handed out a prototype device to ensure that developers’ apps will work when this comes out. Heins hinted that the company looked at other platforms it could have adopted but instead chose to go the long, hard road of building its own. He doesn’t see BlackBerry 10 as just a mobile platform, as he described it as “new, revolutionary mobile computing engine” for the post-PC world.

There were some incredible moments during the BlackBerry World Conference keynote and I particularly liked how happy Heins looked when the company first showed off BlackBerry 10. After seeing that the Dev Alpha device didn’t actually run BlackBerry 10 but instead used a stripped-down version of PlayBook OS 2.0, I got a big of deja vu. I was transported back to to DevCon 2010. 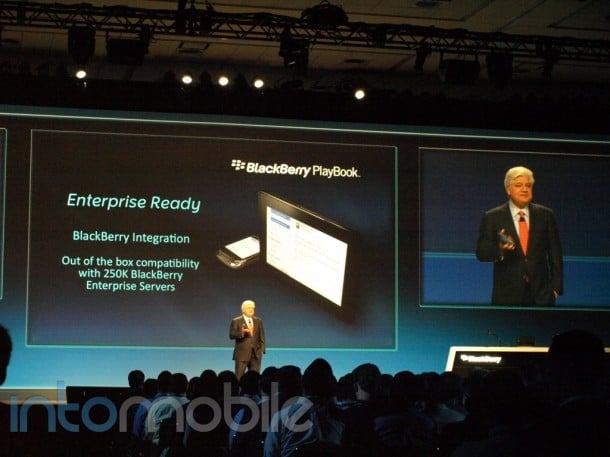 You remember that, right? RIM introduced the original PlayBook and it seemed like a revolutionary device from a company that really needed one. Unlike the recently-introduced iPad, the PlayBook had a multi-core processor, multiple HD cameras, was ready to integrate with enterprises and sported a new QNX-based operating system that had a great user interface. We saw some neat demos and there was even a neat preview video showing what we could expect.

Then, we waited and waited with little drips of information coming out. The PlayBook finally arrived almost six full months after it was first introduced and it was clear that it still wasn’t really ready. Our review liked many elements of the PlayBook but it lacked a freaking native e-mail client, BBM and the app ecosystem wasn’t great. The PlayBook is greatly improved with the OS 2.0 software which came out this year but even die-hard fans probably won’t say it’s a better experience than the market leading iPad.

I’m afraid that RIM will once again over promise and under deliver with BlackBerry 10.

Let’s take a look at one of the “oooh” moments from the presentation, the camera software. Heins showed off how the BlackBerry 10 software will allow you to take multiple shots at once, focus in on a face and then choose the best one out of the series to use. If there are two people in the photo, it should let you choose different points of time on their faces and stitch it together into an image. 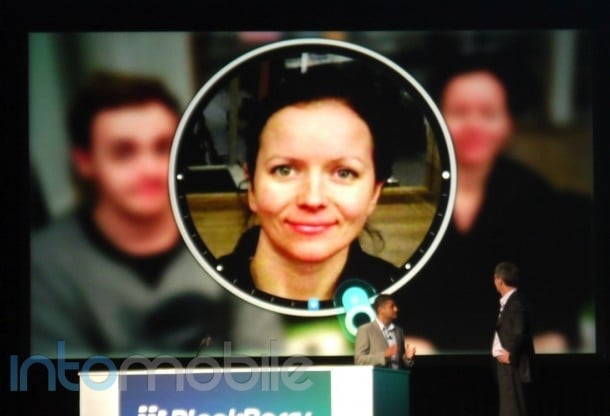 But if you stop to think about it, what will this experience be like? You have to imagine it’s taking three or more photos in rapid succession and then letting you choose but this needs to be lightning fast or else it will be annoying. The cream of the crop now take pictures so quickly that you barely notice any shutter lag (check out the One X) and sacrificing that is something I don’t want, even if it creates some neat editing options.

I’m not sure that BlackBerry 10 will be much different from the launch of the PlayBook: there will be kernels of amazingness but the overall experience will lag behind the competition. You also have to remember that RIM isn’t competing in a vacuum, by the time this finally comes out on devices you can buy, we will likely be accustomed to iOS 6.0, Android Jelly Bean and Microsoft’s Apollo version of Windows Phone. Is there any doubt that all three will be equal (if not better than) to BlacKBerry 10?

RIM doesn’t have the luxury of delivering something that’s on par with its competitors. It has to hit grand slams and instead appears to be content plunking down doubles.

To be fair, RIM’s virtual keyboard demo looked like the breakthrough we’ve needed in touchscreen typing. Even though I’ve been on an iPhone for a while now, the keyboard still kind of sucks. Things like Swype and Swiftkey make things easier on Android but the experience can change from device to device.

RIM’s upcoming BlackBerry 10 keyboard will use complex algorithms to help users personalize their keyboards and this could make typing more effective. The software will detect where on the screen you press keys or where you press when you’re trying to press key and it will adjust accordingly. It can also work with one hand, as the auto-complete uses intuitive swiping motions and this also learns what you intend to type. This is very, very cool.

The app ecosystem may be getting better too, as RIM said its overall app submissions have increased by 226 percent. It also handed out Dev Alpha devices which should ensure that apps are ready when BlackBerry 10 finally lands.

RIM can’t control the competition but it can control the experience it delivers because it is in charge of its hardware and software. From the little bits we’ve seen, BlackBerry 10 should be a visually-pleasing experience with a few neats tricks but RIM needed this type of software last year, not in six months.

Will BlackBerry 10 be worth the wait? It probably will be for dedicated BlackBerry users but I don’t think it’s enough to turn around the company’s fortunes.