It seems some Lumia 900 devices have been infected with a case of the Wonkas. As you probably recall from the movie, Violet Beauregarde chewed a piece of experimental blueberry gum, then whimsically ballooned into a bright blue blueberry balloon. Some Lumia 900 devices must have been given the tour of the chocolate factory as well, as some of these devices are giving off a purplish hue where they should be grey, according to multiple user accounts.

The screen on affected devices displays the purple hue at lower brightness settings, and you can check if your device is affected by turning off automatic brightness, then setting your display to the minimum brightness level. Areas of the OS that were once grey will now be purple. The issue is affecting around 10% of all Lumia 900 users, according to an informal poll conducted by WPCentral, though independent inventory checks at AT&T stores in Wisconsin indicate the problem may affect many more people, or that Nokia put out a single bad batch. 12 out of 12 phones in the anecdotal study at 3 corporate AT&T stores in Wisconsin had the purple tint. 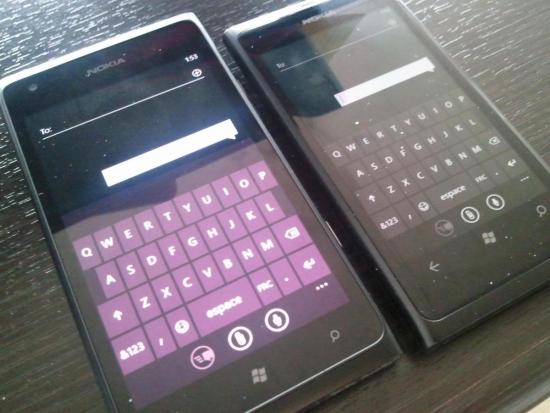 Nokia has acknowledged the issue via their NokiaCareUS twitter feed, claiming that the company is aware of the issue and that it will be addressed via a future software update  pushed to all Lumia 900 devices. No firm date was given for a release, though we expect it will come with a fix for the more-serious data connectivity issue plaguing some Lumia 900 devices.

Former Nokia CEO: 10 years ago we knew we had to work on our software, but we didn’t

Jorma Ollila (pictured above, orange tie) isn't a name that's familiar to most folks, but it should be. He was...