Adobe and NBC are going to change the way you see the Olympics, literally. With the introduction of a new pair of applications for iOS and Android, the team has set off to bring the Summer Olympics to your smartphone and tablet.

Powered by a fist full of Adobe’s own products (Air, PhotoShop, Flex, and more),  the NBC Olympics Live Extra and NBC Olympics applications will provide over 3500 hours of content to view right from your smartphone or tablet. From live streams to medal ceremonies, and more, you won’t even need to turn on your TV to watch the Olympics this year. Adobe and NBC have it all covered – in your pocket.

Interestingly enough, both applications are inter-connected, so you won’t miss a beat getting to the content that you want to see. Both applications are designed beautifully and provide enough features that you’ll be more than satisfied with. Both apps will be monetized using Adobe’s Auditude, its video ad management and monetization platform.

As one might expect in this connected world, social media integration will be found throughout both applications, allowing the user to share what they are watching with the world with a simple tap.

Logging into the application to view live content will be easy, as you’ll only need to log in once, without the need to re-authenticate a device by using Adobe Pass. You’ll also be able to use the applications like a DVR, and have certain events waiting for you, ready to play if you can’t watch them live. From there you can play, stop, and rewind the content to get to the good stuff.

Virtually everything is going mobile, so we’re not necessarily surprised to see something like this happen, but we’re still terribly impressed with the applications Adobe and NBC have cooked up for us.

With the applications available on both iOS and Android, Adobe and NBC will be able to reach most smartphone users in the country.

For more information, be sure to hit up Adobe’s blog post here! 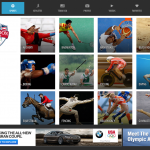 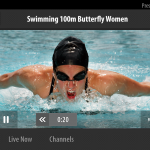 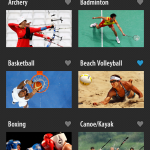 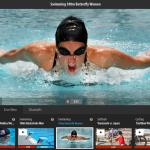 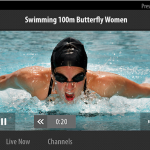 AT&T has made it official that it will offer a garnet red version of the Samsung Galaxy S III. Customers...