Getting tired of paying a ridiculously high cell phone bill each month? Well, RadioShack might have you covered. A document leaked over the weekend suggests that the large retailer is in the process of launching its own wireless branding. According to a tip received by Engadget, RadioShack is getting set to launch RadioShack Mobile, a no-contract MVNO based on Cricket Wireless. In the leaked documents, the company already has a RadioShack Mobile-ready device called the HTC One V all ready to go.

Furthermore, the leaked information shows the large retailer touting how it “promises low monthly rates without the shackles of a 2-year agreement.” A message that can be found under the page’s “getting started” section, which lists an activation number that integrates into Cricket’s customer service line.

Of course, this being a leaked document and all, there are no details on pricing and plans. That said, Engadget expects for RadioShack to adopt the same offerings you’d find on Cricket Wireless. The site also reached out to the large retailer, but received the typical “it couldn’t comment on rumors or speculation” bullshit.

If this turns out to be true, do you think it’s a good idea? If not, why? Could you see yourself joining a pre-paid service ran by RadioShack? 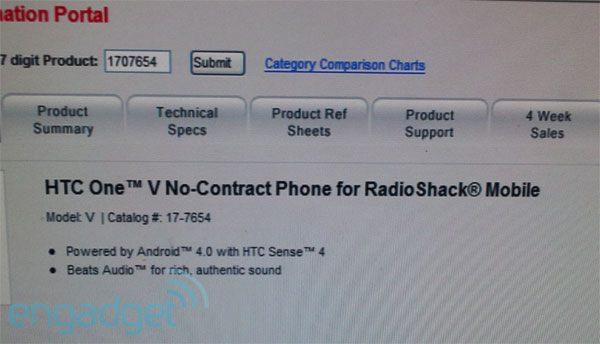 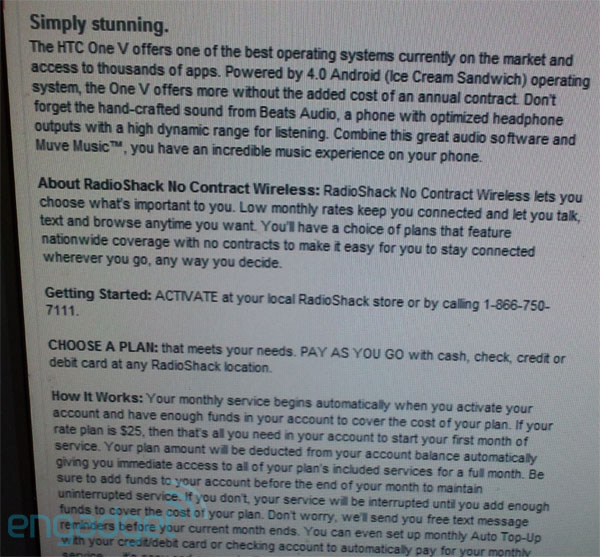 We've already seen the Huawei Ascend Q back in July and now it got a spot at Cricket's website. If...