A couple of weeks ago, we heard rumblings about RadioShack getting into the MVNO business with the help of Cricket Wireless. Then rumors spread that the retail giant’s prepaid cellular service called ‘No Contract Wireless’ would launch on September 5. Now, more information has surfaced on how much The Shack intends to charge on a monthly basis. The store will offer up what’s pretty much the industry standard for dumb phones, such as unlimited messaging and your choice of 300 minutes for $25 or 1,000 minutes for $35.

Smartphone plans will run you $50 for unlimited voice, messaging and Muve Music downloads, which comes with one gigabyte of 3G data (before throttling takes effect), while $60 gives you 2.5GB data and mobile hotspot use, Visual Voicemail access, unlimited international text and all-you-can-eat directory assistance. It’s no surprise that these price plans are almost identical to those of Cricket, but with the exception of a couple of things.

The only difference between the two is that Cricket charges users an extra $10 to add the unlimited Muve music service on to its service. With that fee, customers would be better off jumping on RadioShack’s top-tiered plan where they would gain a monthly savings of $5. RadioShack hasn’t confirmed the existence of this ‘No Contract’ service, but at this point the company should just spill the beans.

If this turns out to be true, do you think it’s a good idea for the retail giant to get into the MVNO business? If not, why? Could you see yourself joining a pre-paid service ran by The Shack? 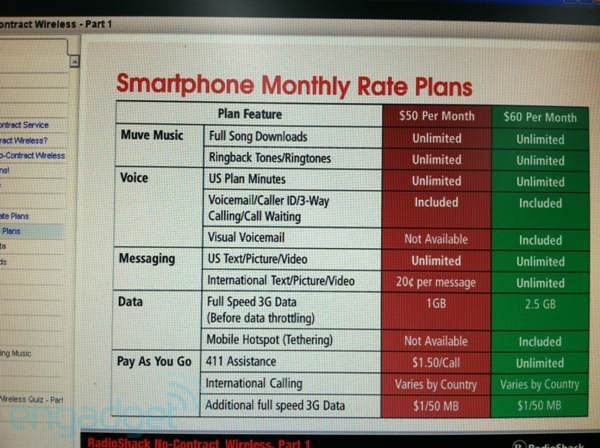 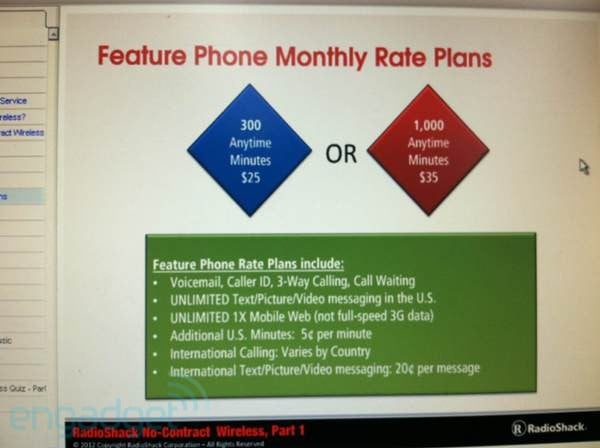 We’ve had an idea of how the new iPhone would look for quite some time now. Many pictures have leaked...